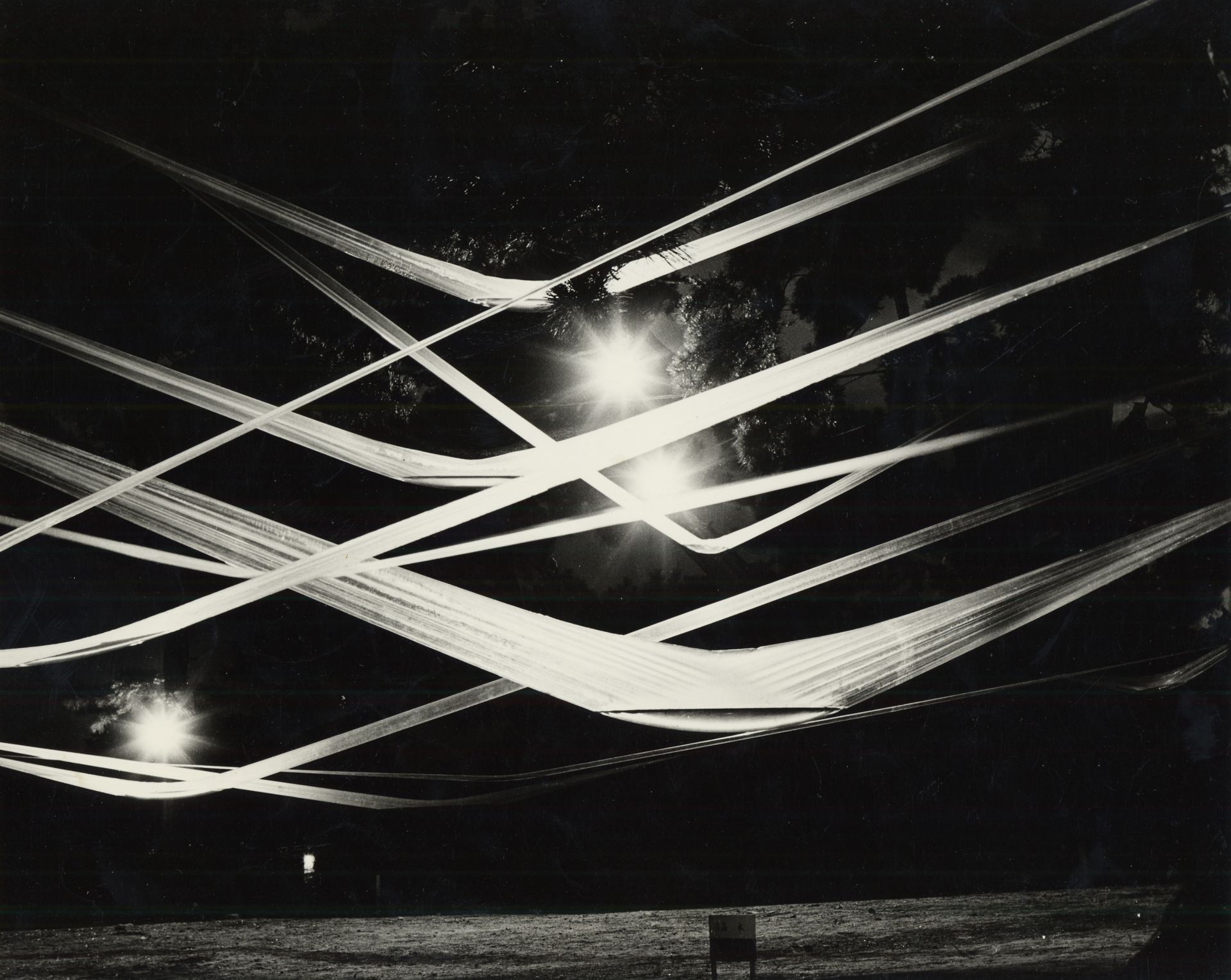 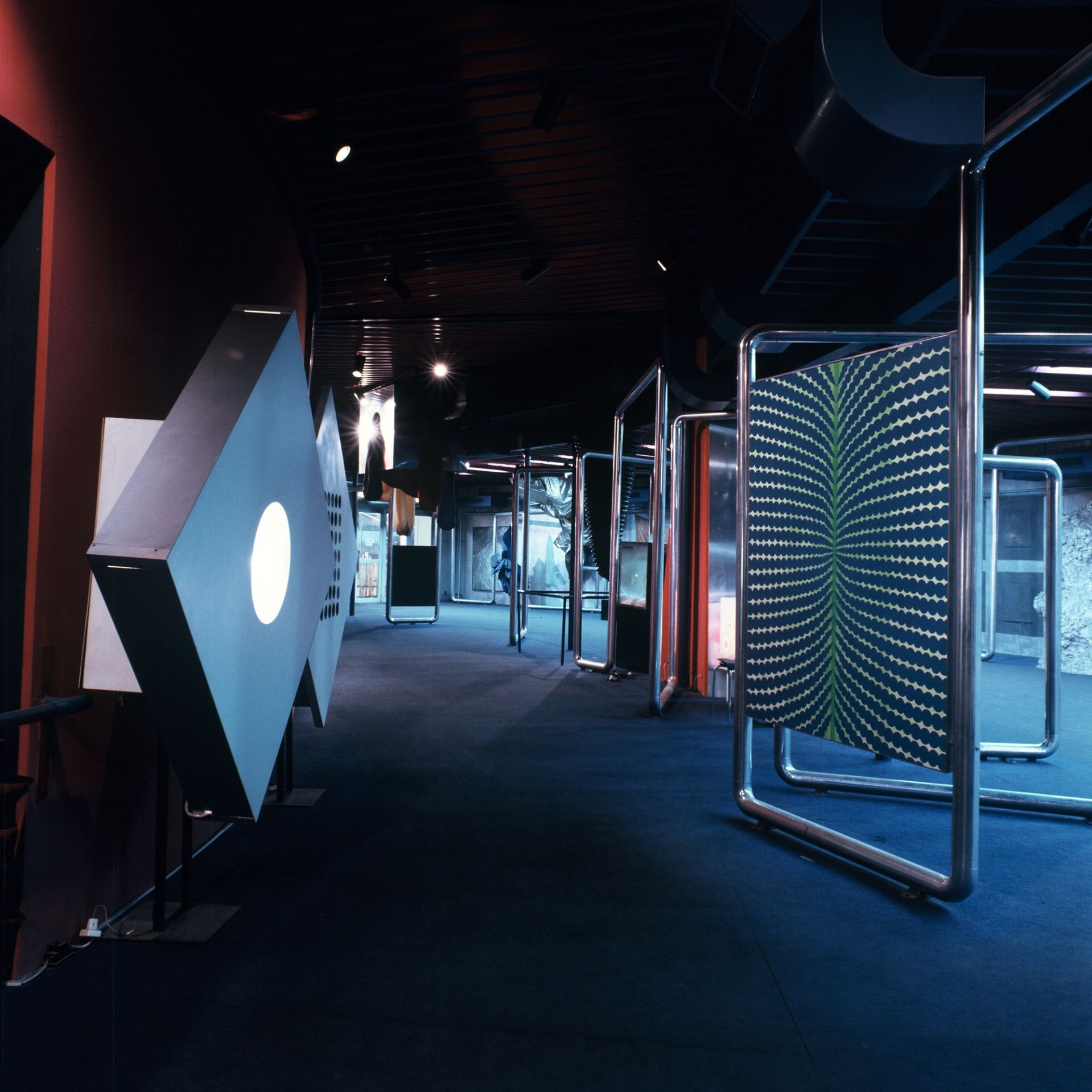 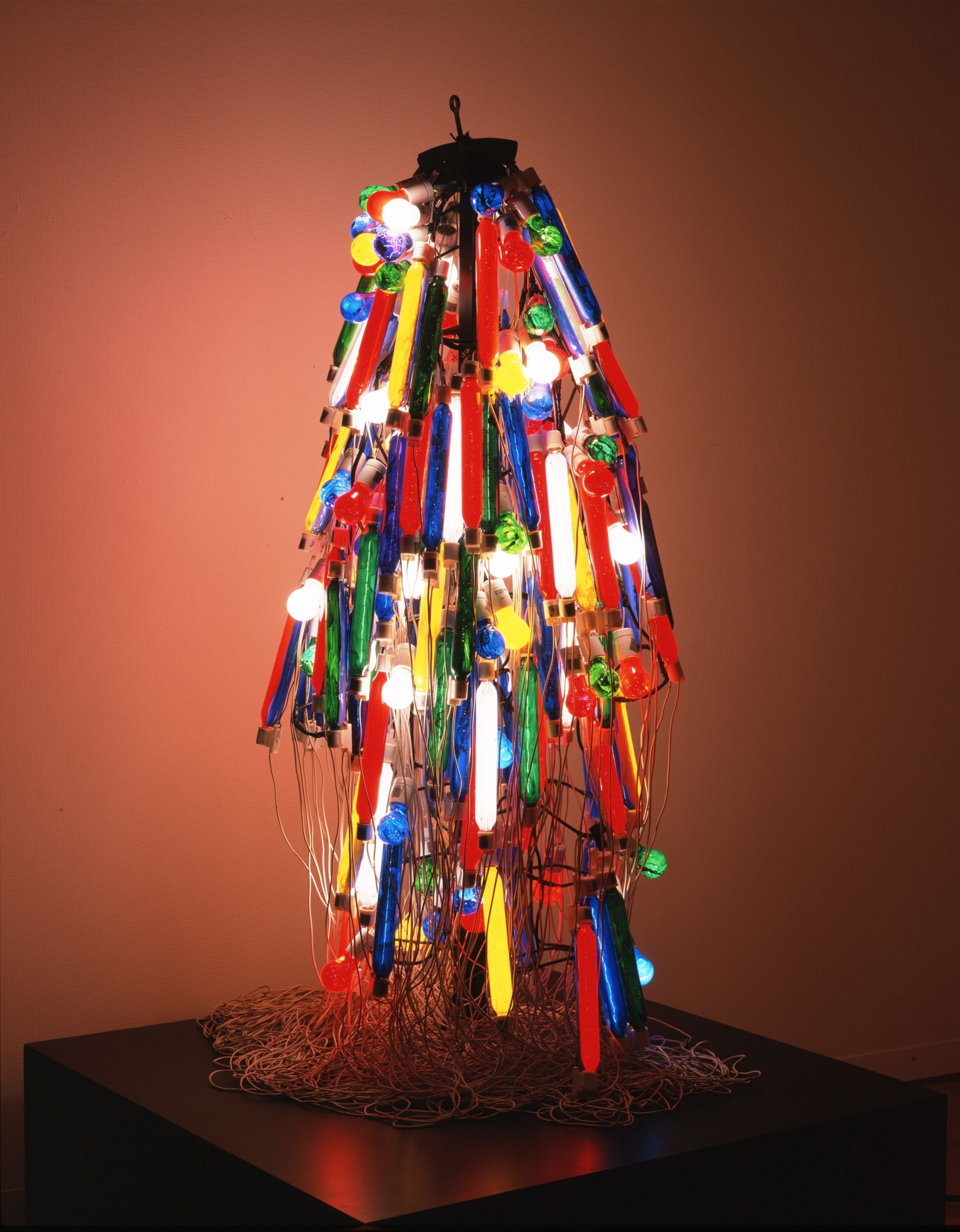 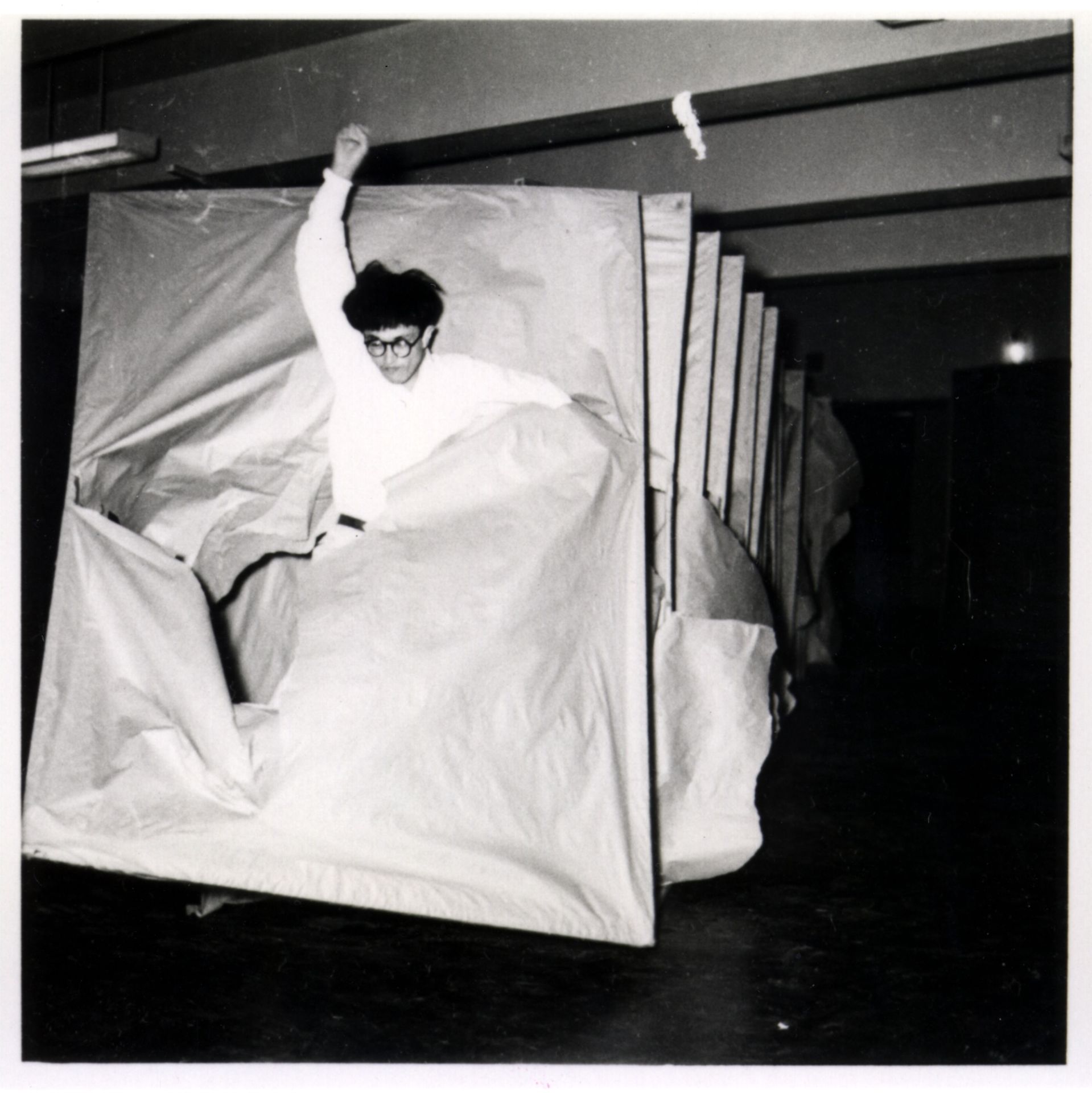 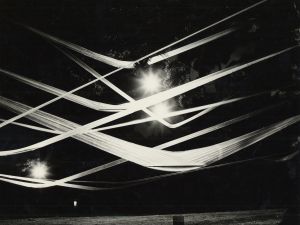 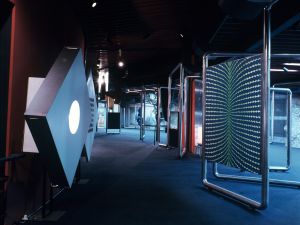 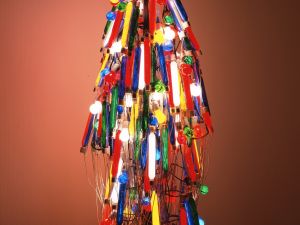 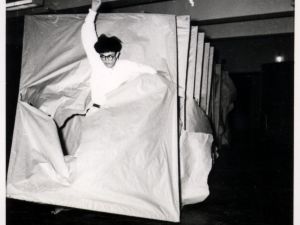 Alexandra Munroe and Ming Tiampo’s “Gutai: Splendid Playground” may just be the best show in town. It is an immersive, coherent and spirited exhibition of Japanese postwar art.

The art movement Gutai (“concreteness”) originated as a reaction to the trauma of World War II. In the mid-1950s, young Japanese artists from the southern town of Ashiya who had seen Jackson Pollock’s paintings started making artworks that were as kinetic as they were minimal. The work was a celebration of individuality and play, of new technology and the material innovation that drove it—Gutai loved reflective materials and electric lights. A Dadaist, antiauthoritarian spirit abounded in the movement, and is pervasive at the Guggenheim: paintings were made by things like drawing machines, toy cars and vibrating devices. Yuko Nasaka’s Work (1960) looks like turntables of automotive lacquer. Films on view document the Gutai festivals—outdoor, interactive, public events in which playful displays of tactile materials hung in pine trees and artists burst through paper paintings, laughing. Fifty-nine artists ultimately claimed affiliation with the movement over its 18-year history.

The translucent tubes (some filled with dyed various colors) that make up Sadamasa Motonaga’s 1956 artwork Work () crisscross the Guggenheim’s atrium, giving the show a fun-house atmosphere. You hear an ominous hum as you mount the spiral: it’s Minoru Yoshida’s Bisexual Flower (1969), a motorized Plexiglas flower-shaped fountain bubbling with glowing bath-salt nectar. The work, first shown at Expo 1970, in Osaka, Japan is not just loud but dangerous: as it screeches it glows, and protective glasses are provided to shelter your eyes from the UV light. Every 45 minutes or so, someone rings Atsuko Tanaka’s Work (Bell) (1955), and a series of cords carry the sound of shrill metal bells up the museum’s ramp. The Gutai Card Box (1962) is a 2013 remake of an interactive piece first on display in the Tokyo department store Takashimaya: give it a dollar and an artist inside will give you an original postcard made by a contemporary artist.

All this is to say that the show takes certain liberties of reconstruction in the aim of not just showing you historical Gutai art, but letting you know what Gutai art felt like. Here you will not only see classic works. You’ll see Kazuo Shiraga’s famous smear paintings: a combination of action painting and performance made by the artist with oil using his bare feet on canvas, and in one rare instance, his bare feet on animal pelt. You’ll see Atsuko Tanaka’s famous Electric Dress, which rendered the wearer a one-woman walking festival of modern technology.

Gutai artists also produced magazines, including one—Kirin (“giraffe”)—that was exclusively for children. It praised mischief and originality and pointed kids to painters like Yves Klein for inspiration.

Atsuko Tanaka is the star of the show. Yellow cloth monochromes from 1955 give way to colorful drawings and that Christmas tree of an electric dress. And there are films of the artist drawing with a stick on sand. Her cool and interactive clothing follows a path traced by Hugo Ball and prefigures contemporary work by Andrea Zittel.

Paintings on the uppermost turns of the Guggenheim’s spiral ramp are installed on Senkichiro Nasaka’s Work (1970) a stainless steel pipe structure emanating recorded sound. The success of this unconventional framing display makes evident how appropriate the modish Guggenheim is for the funky masterworks of Gutai. In the show’s final image, taken at the Gutai International Sky Festival of 1960, balloons decorated by Gutai artists and international colleagues like Lucio Fontana float into the sky.

There have been other exhibitions of Japanese art of the postwar era recently. But the Whitney’s Yayoi Kusama retrospective felt cautious, and the Museum of Modern Art’s current “Tokyo 1955-1970” feels archival and reverent. “Gutai: Splendid Playground,” by contrast, feels alive. Its faults are the faults of Gutai itself—the show can be a little noisy, raw and goofy. On the day I visited the show, an older man who had been the youngest member of Gutai when he was 17 years old was wandering around it and introduced himself. “Splendid Playground” emphasizes the connections, both metaphoric and literal, that are possible between this postwar art movement and our present era. (Through May 8)