That may be why the front page of Reddit has become an irresistible target for feel-good messages about brands and businesses. Despite the community’s penchant for skepticism, Costco, Taco Bell (in fact, most of the Yum! Brands) and a handful of startups have all made very conspicuous appearances on Reddit in the last year–not via paid ads, but through what at first glance appear to be organic and genuine discussions by Reddit users.

But are they? Could they really be? As someone responsible for my own fair share of marketing stunts, I am suspicious and cynical—I’ll disclose that right up front. I very well may be seeing signs of undue influence where there is only rule-bending behavior, but then again, I’ve also begun getting requests from clients about the possibility of orchestrating Reddit machinations. So because of this, and because of what I’ve observed behind the scenes, I’ll come out and say it: what’s going on Reddit these days has media manipulation written all over it.

Naturally, some of this media manipulation is completely harmless—like brand messaging, which corporations spend billions to propagate, passing as content.

Take Costco, which made the front page of Reddit multiple times via the “Today I Learned” (TIL) subreddit. One post even featured “facts” lifted straight from the Costco corporate site. Altogether, they amassed more than 40,000 upvotes (in other words, user approval) and 3,000 comments chattering about how great Costco is. And it wasn’t the only business getting love.

Through the TIL subreddit, Subaru let everyone know about its environmental concerns. Meanwhile, McDonald’s dominated the section for weeks. Walmart, Air Jordans, Jell-O, DeLorean Motor Company, Netflix and Mountain Dew have also shared the Reddit spotlight. And Volvo owns the fourth most popular TIL post ever, alerting everyone to its good deeds and indirectly marketing its cars as safe.

It’s possible that these positive messages have been posted by legitimate users and fans. Or they could have been posted directly by the self-promoting brands themselves, or perhaps given an extra push by upvoting rings or paid votes. It’s hard to say until someone is caught blatantly violating the rules.

But as a marketer, I find it fascinating that such humblebragging–which clearly benefits these businesses—passes so freely as “facts.” (To be fair: the self-described skeptics at Reddit have identified some embarrassing attempts and tagged them with the “Hail Corporate” tag, but this is comparatively uncommon). Regardless of who generated them, these brand-friendly threads propagate marketing messages for brands, telling their story as “content,” and its all the more potent because it doesn’t feel like that’s what’s happening.

So whether Redditors know it or not, there is a now a big “deceive me” sign on their back. And marketers are going to try to take advantage of it.

Why would marketers want to target Reddit? It’s simple.

All these brands are after the elusive Reddit karma–the goodwill and sheer volume of a community that has the power to make stars (Neil deGrasse Tyson), re-energize careers (Louis C.K.) or stand in as the world’s stage (the Obama AMA). They want what Andre Johnson got when a photo of his smiling face and receipts for $19,000 in toys for a children’s charity made it to the front page (only, you know, they don’t want to actually do their own good deed). Brands have noticed that as soon as the picture started getting votes, it was picked up by smaller blogs, then Deadspin, then USA Today, and on up the media chain. On Reddit alone, the photo got nearly one million views.

Reddit is like any democratic form of government—unless carefully guarded by its leaders and members, its trusts and privileges can be and often are abused. The temptation is so great and the upside is so high.

Reddit understands this, as its general manager Erik Martin told me: “We are always actively looking to uncover brands or anyone else attempting to game Reddit or any form of manipulation. If we catch someone, we will ban them and make it public, as we have done in the past.”

It’s ultimately an arms race between the two interests. With the high stakes, it should come as no surprise that marketers aren’t content to leave pageviews to chance. They aren’t just hoping their efforts make their way onto Reddit. They are creating stunts to take advantage of Reddit’s lack of defenses or, in my view, its gullible proclivities toward viral content.

One trend recently has been designing ads around Reddit’s most popular memes. You can only shake your head at how easily Oreo was able to follow up its recent domination of the front page with an interpretation of the Actual Advice Mallard meme by posting posting a picture on Instagram that said “Post Your Oreo Marketing Promotion To Reddit: For Foolproof Business Success.” The result: over 600,000 views and 600 comments on Reddit alone. Audi, Cheez-Itsand others soon followed suit. More will surely come.

Part of the problem may be that, because it is self-moderated and made up of so many smaller communities, Reddit underestimates the value and attractiveness of the entire community. In a world where these boring (and often genuinely evil) brands have to buy their own Facebook fans, hold enormous sweepstakes or expensive events to get people to interact with them (see: bribes), or spend billions of dollars a year to co-opt popular culture, Reddit threads on which people are actually “learning,” or hanging out or chatting are priceless. It’s real people doing real things.

And with the barrier to entry being so low–where anyone can post a message–how could the brands not begin to meddle?

I never thought I’d say this about Redditors, who are enamored with their own ability to call bullshit, but they may just not be jaded enough to fully guard against this onslaught.

Because the only response to some of these threads is, c’mon.

This post by JackThreads made its way to the front page with over 2,000 total votes, while only gathering 20 comments. That ratio is a giveaway that something may be off. This post from an account an hour old, posting the title “MY BRAND,” still managed to score over 300,000 views for 1-800-Contacts. Cost? $0. This fairly basic photo blatantly advertising Domino’s delivery gathered over 200 comments wondering how it appeared on the front page.

Pretty much none of those posts survive the old “Cui bono?” test. But since no one seems eager to apply it, brands are getting increasingly lazy and brazen.

Like this Bic ad. Is it really from an art student or did the pen company just ask someone with an established account to post it for them? If I was working at Bic, that’s what I would have tried. Why not? The image racked up more than 40,000 upvotes and 1.5 million views.

It’s obvious why this kind of attention is attractive to brands. It’s also possible to get this kind of attention legitimately, as I well know. In 2009, due to a shipping mix-up, an employee of mine at American Apparel accidentally sent a crate of clothes to the blogger WhatTheBuck (instead of the intended small package of two to three items.) The result was a hysterical video that went on to do nearly 150,000 views.

Unfortunately, I don’t think that’s what’s happening here. These aren’t organic accidents or real fan-to-brand interaction. It’s just fakery–there’s too much of it for that not to be the case. And what’s worse, the brands that are engaging in the stunts could easily afford to pay for the ad space on those same pages. In other words, we’re not talking about small creative marketing here–we’re talking multibillion-dollar corporations using their enormous marketing teams to overwhelm busy volunteer moderators.

And these messages don’t stay on Reddit. Reddit is their launching pad. Blogs like Betabeat, Business Insider, Huffington Post, Gawker and hundreds of others troll these sites looking for content they can republish and get traffic from. BuzzFeed, for example, is notorious for republishing content from Reddit. Meaning that one shill thread or photo on Reddit can quickly become pseudo-news and then real news across the web. And do readers understand or see the tainted origins of that content? Of course not.

It’s an obnoxious cycle. Reddit replaced the old Digg.com, which had become increasingly dominated by spam, trolls and fake news. Now it’s fighting off those same forces. With the new and improved Digg gaining traffic, despiteunfriendliness to self-promoters, will Reddit find some way to purge itself of marketers? I hope so.

The site is at a crossroads about policing its sources and links. Usually Reddit makes the right choices in these positions, as it did when it banned sites like The AtlanticWire and BusinessWeek for spam and upvoting their own links.

I hope Reddit follows in its own footsteps once more. Or we’ll all be hailing our new corporate Redditors. 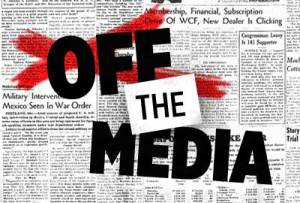