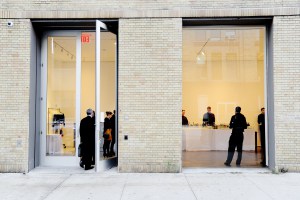 Last week, the Baer Faxt reported that Christie’s would close its Haunch of Venison galleries in New York and London. Today, in her column for the Financial Times, Georgina Adam reports that 40 employees of the gallery are expected to lose their jobs as a result of the closure.

Ms. Adam writes that the the gallery’s fate may have been written over personnel issues: “A major blow was the departure of founders Harry Blain and Graham Southern in 2010, followed by the loss of its popular director Matthew Carey-Williams to White Cube last year.”