The LD 37 Team is committed to running together in the face of an insurgent candidacy by Palisades Park Deputy Mayor Jason Kim, who’s trying to pick off Assemblywoman Valerie Vainieri Huttle (D-37), Englewood, sources say.

“From fighting to create jobs and increase the minimum wage to protecting health care for women and children to making our schools and neighborhoods safer Loretta, Gordon and Valerie have built a record of advocacy and accomplishment across Bergen County’s 37th District,” said spokesman Dave Parano.

The Veteran Bergen County party operative said the three legislators have the support of Democratic mayors, councilmembers, municipal chairs and county committee members across the 37th District as well as thousands of grass-roots Democrats, progressive activists and voters in every town they represent.

But Kim has yet to step forward and speak for himself, and has not returrned numerous phone calls to his place of work by PolitickerNJ.com.

“The D37 Team also announced their three campaign chairs for the race. Jason Castle of Teaneck, a community activist and former Marine; Roy Cho, an attorney from Hackensack, and Englewood Councilman Michael Cohen who will act as the District 37 Team Campaign Chairs,” Parano said. “Whether it is legislation that increases government transparency and the public’s right to know, or the fight against human trafficking or stiffer protocols when dealing with the state’s halfway houses, Weinberg, Johnson and Vainieri Huttle never back away from tackling the most difficult issues facing our state.” 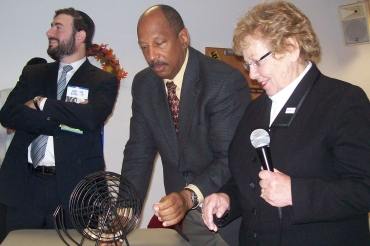