Fulop is calling into question whether Healy partnered with an independent expenditure organization in holding his fundraiser in an attempt to circumvent laws governing pay to play and campaign contribution limits.

At issue is the invitation to the Wednesday fundraiser held at the home of a Healy supporter.  The invite to the event asks donors for a $1,000 contribution to attend. Donors have the option of writing the check directly to the Healy campaign or to For New Jersey Families, an independent expenditure committee.  The invitation states clearly that if the donation is made to the organization “no limits – no pay to play.”

“Telling donors who attend the same fundraiser that they can either write checks to the campaign or to this allegedly independent organization shows coordination between the two organizations,” Fulop campaign manager John Thieroff said. “It’s a clear violation of the law.”

When asked for comment, a spokesman for the Healy camp seemed to disavow the invitation.

“We have absolutely no knowledge of solicitations for anything other than Healy for Mayor or Team Healy. Every invitation by this campaign has a paid-for-line and strictly follows the letter of the law. I can’t say the same thing for Steve Fulop,” said Healy campaign spokesman Joshua Henne.

The invitation clearly states “Paid for by Team Healy 2013.”

Jeff Brindle, Executive Director of the State Election Law Enforcement Commission, said while he cannot comment on any specific instance or accusation, in general an independent expenditure committee cannot coordinate with a campaign.

“That’s the law. There can’t be any coordination between the two,” he said.

Thieroff said the names of contributors to New Jersey Families must be fully disclosed and they must be held to the same contribution limits and pay-to-play restrictions as if they were donating directly to the mayor’s campaign.

“We are truly astonished at the blatant violation of the public trust by the city’s top elected official,” Thieroff said. “The taxpayers of our city need to know immediately who these anonymous contributors are and what they expect in exchange from this mayor for these donations.”

A search of IRS data brings up one entry for For New Jersey Families.  According to documents filed with the IRS, the 527 was formed on Jan. 30 and was registered to Rich Torraca at a Milltown, NJ address.

Torraca, who previously worked for Sen. Frank Lautenberg and for the Somerset County Democrats, did not immediately return a call or email for comment.

A copy of the invitation is attached below. 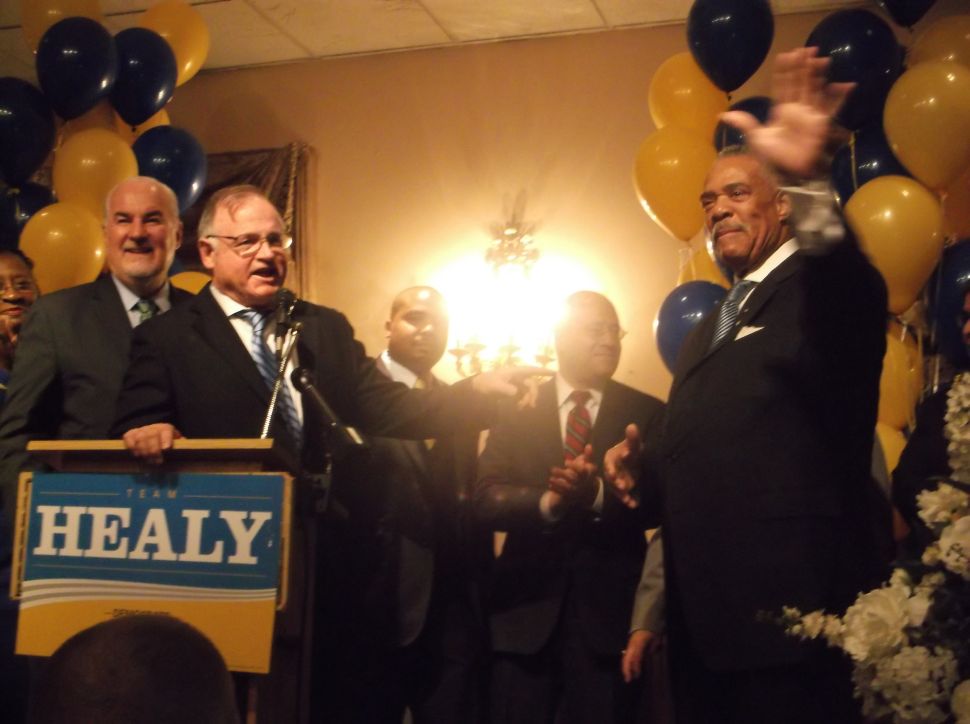