The Healy campaign plans to go to court tomorrow to compel Fulop and his allies to release the documents as the challenger dismissed the issue as a smokescreen.

“This entire situation is completely unacceptable. After being stonewalled and exhausting every other option, it’s clear the only way the public is going to get answers is by taking the matter to court,” said Joshua Henne, Healy campaign spokesman. “It’s been over 80 days since the documents should have been turned over, and the emails that finally came in are heavily redacted and clearly incomplete.”

“More than 500 emails released under an OPRA request filed by the Healy attack machine conclusively prove exactly what Fulop has said since the beginning: that he never advocated for any specific vendor or contract with any board member; that he was an advocate for schools throughout Jersey City; and that he introduced people who saved money for the Board of Education,” said Fulop Sokesman Bruno Tedeschi. “Furthermore, the emails show that he was concerned about the poor performance of district Superintendent Charles Epps, and document Fulop’s aggressive efforts locally and at the state level to advocate for a change in leadership in the district. Those emails that were redacted were done so because of a separation agreement between Epps and the district.”

Epps is running for a council seat on the Healy Ticket.

“Now, after Healy’s attack dogs combed through those emails and didn’t find what they were hoping to find, they are going to court in a desperate attempt to keep this non-story alive,” Tedeschi added. “This is just a smokescreen from a campaign desperate to avoid talking about the fact that Healy raised taxes nearly 90 percent since he was elected, has allowed crime to fester in many neighborhoods and has done nothing to help residents who want to find jobs.”

Healy is relentless on the issue, however, and tomorrow morning, representatives from the mayor’s campaign plan to go to court for an order to show cause – to make the Board of Education explain to a judge why an injunction to release all documents in full should not be handed down immediately.

Last week, the Jersey Journal reported that Fulop misled when he said he had nothing to do with the BOE awarding contracts to campaign contributors. Henne said the story showed Fulop taking great measures “behind-the-scenes to set up meetings between a BOE member he supported and two of his top fundraisers – both of whom ended up receiving lucrative contracts at taxpayer expense.”

It is worth noting, Henne added, “that neither of these examples were even included in the incomplete batch of emails that were finally released.”

In the case of Verona-based Fairview Insurance, the same BOE member whom Fulop made the introduction to ended up rejecting the recommendation of staff to award an insurance contract to a competing firm, said the Healy campaign. Henne said the contract was awarded even though the other firm scored higher on a matrix established by the BOE and would have cost Jersey City taxpayers less money than Fairview Insurance. But Tim White of Fairview said that’s inaccurate – noting that the price is an assessed local fee, was the same before Fairview, and will be the same after Fairview.

“Fulop enjoys generating headlines on pay-to-play and transparency, but the unfortunate reality is that the public is being denied access to basic documents that could get to the very heart of pay-to-play,” Henne said. “The public has a right to know why a BOE elected with Fulop’s heavy support would turn right around and award contracts to his campaign contributors. This situation is compounded by the fact that, in one instance, another firm cost less and scored higher.” 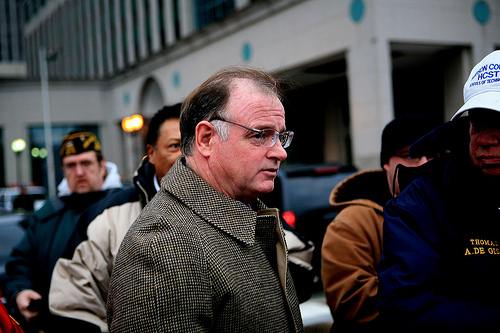