It’s hard to say how any of New Jersey’s past governors would have fared in the YouTube era.

If contemplation were a virtue in the past, it is now that quality most likely to look like indecision when framed by a bobbing camera in a crowd. If boastfulness were unbearable then, it is rock star territory now. And if good manners once bespoke of breeding, today they show weakness and timidity.

Chris Christie would run over an Edward Edwards now.

Having said that, they used to go to the dueling pistols then, and imagine Nucky Johnson leaving the bare knuckles at home in a gubernatorial primary scrap…

Christie versus William Livingston (served as governor from 1776-1790)

Someone’s honor on the campaign trail would undoubtedly get besmirched. We’re guessing it would be Livingston’s. Imagine his reaction to Christie saying, “This is the way I talk, I’m not insulting him. Whatever gave the idiot that idea?” Obviously this is the contest most likely to turn into a flint caps flare-up – and they wouldn’t even need to deploy rowboats to Weehawken.

The ultimate chest thumping general election contest, Christie would offer his criminal prosecution record against McClellan’s failed prosecution of the Civil War. Christie would no doubt wrap himself in Abraham Lincoln imagery and invoke McClellan’s dismal performance at the Battle of Ball’s Bluff. “What about Ferriero, did you get a conviction that case, Chris?” we can hear McClellan fuming in response.

Determined to be president, Wilson got the hell out of New Jersey before seeking a second term, but he and Christie share the habit of using the language of reform while proving deftly functional at patronage. Long before Christie had national players swooning and never caring about Christie’s adherence to the power structures of New Jersey politics, Wilson perfected the art of stirring the trough at home, while stirring visions of grandeur nationally.

Edge: Depends. In a straight-up match-up, Wilson would have the edge, but in a re-election contest in either era, Christie would be better positioned for victory.

Embroiled in the Lindbergh baby kidnapping case, Hoffman would have been open season for Christie in a Republican Primary. The Mendham prosecutor would have been able to lay the soft on crime charge on him, as Hoffman visited death row inmate Bruno Hauptman on the eve of Hauptman’s execution and tried to convince others of the German immigrant’s innocence as they marched him to the chair. But Christie’s best shot in a primary would probably be to take aim at Hoffman’s support for a two-percent sales tax hike, which infuriated Republicans at the time and led to Alfred E. Driscoll taking the incumbent governor out in the GOP Primary.

This would have been a great general election contest, with Christie’s political operatives no doubt in a tantalizing position to talk to Meyner’s same-party political adversary Frank Hague about a general election strategy. The 1953 Democratic Primary version of Hudson County was divided – with John V. Kenny backing Meyner against Hague and Hague’s candidate Elmer Wene. Would the beaten Hague – channeling his own inner maneuver warfare tactics a la Brian P. Stack – have found a way to sit on his hands in a general election – or even have led a GOTV effort on behalf of Christie against Meyner?

Edge: Christie. Knowing the Republican’s skill at exploiting Democratic Party division, it would be hard to see him resisting this opportunity.

Hughes wouldn’t have translated well to the YouTube era. They say he had an almost priest-like quality about him and hardly had a flair for public temper tantrums. An FDR Democrat, Hughes believed in government as an instrument of good, and would find himself staunchly at odds with the Tea Party crowd and modern Democrats less than fully committed to extensive social programs. An unapologetic liberal, Hughes was also a skillful, persuasive debater and ubiquitous campaigner who would bring in John F. Kennedy to counter Christie cohort Rudy Giuliani.

Edge: Toss-up; most Democrats today wouldn’t recognize Hughes, who would have had to re-educate his own party before contending with Christie.

In any era, Byrne would have been a very tough out for Christie. A World War II hero with a Distinguished Flying Cross, he also would checkmate Christie’s most sellable asset as a lawman. Byrne ran as an incorruptible law and order candidate, the man who couldn’t be bribed when he served as Essex County prosecutor. A wit, Byrne would have matched up well against Christie’s larger than life personality, but certainly would have been vulnerable to Christie’s salvos on the state income tax.

The little boy who once stood in my driveway with the engine idling now thinks he can take away my governorship, we can hear Kean saying in the NJN-sponsored debate, which would feature Kean alone at a podium in a Christie NJN-deprived universe. Kean mastered the art of materializing votes in out of the way places, and would have had Ronald Reagan at his side in a GOP Primary.

Certainly Florio would be vulnerable and Republicans would be rubbing their hands together in expectation of great legislative gains but Florio’s hard as a ship’s hull personality might have played well against Christie. An ex-Navy man, Florio had that gruff, Mr. Roberts-like binoculars around the neck demeanor that might have made Christie look less than serious.

For starters, Chris Christie’s handlers would gleefully snatch away the “Christie!” campaign sign motif from Whitman and supplant their guy’s grinning mug. Having herself given up the governor’s helicopter, Whitman would run an “Apocalypse Now” ad with the gunships bearing down on the beach and “Ride of the Valkyries” soundtrack to bring attention to Christie’s joyriding missteps. Christie would have to tell ex-public advocate Freddy Caraballo to hold off on his endorsement until the general election. Then there’s the unknown dynamic – the security check causing the GOP to bulk up as we speak with down ballot females – which we will all learn about in Christie’s coming contest with state Sen. Barbara Buono (D-18), how would the tough guy fare in a match-up with a flinty woman?

Edge: Christie; given his skill at cornering GOP organizational strength, it is difficult to imagine Whitman being able to pull the Gilmores of the world away from the U.S. Attorney. 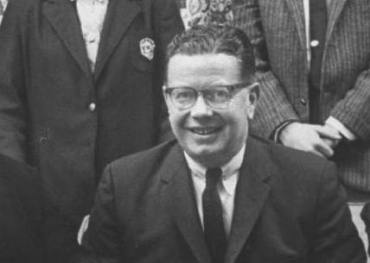