It doesn’t look like LD 38 will turn into a three-way GOP bloodbath among former running mates.

On a ticket together two years ago, former Bergen County Freeholder John Driscoll (as the Senate candidate) and Fairleigh Dickinson University Director Fernando Alonso (as the Assembly candidate) are now both vying for the top slot against incumbent state Sen. Robert Gordon (D-38).

“It’s nice to be loved,” said Goldberg, who told friends he would consider it, but is leaning against running.

That’s because he’s up for re-election locally this year, and would like another term to round out his service in office at 20 years.

“At this moment in time I want to run for re-election,” Goldberg told PolitickerNJ.com. “I’m starting my 16th year as an elected official and I always felt 20 years was the magic number.”

Goldberg said he likes both of his former running mates and does not want to get in the middle of their contest for the top spot.

“Fernando brings a constituency to the GOP that’s been sorely lacking,” the mayor said. “Certainly John has worked hard too but the old way doesn’t seem to be working. I consider both of them my friend.

“I think it’s a winnable race,” Goldberg added. “Bob Gordon has been very good here during the storm, but it’s time Governor Christie got a chance to put forth his agenda.” 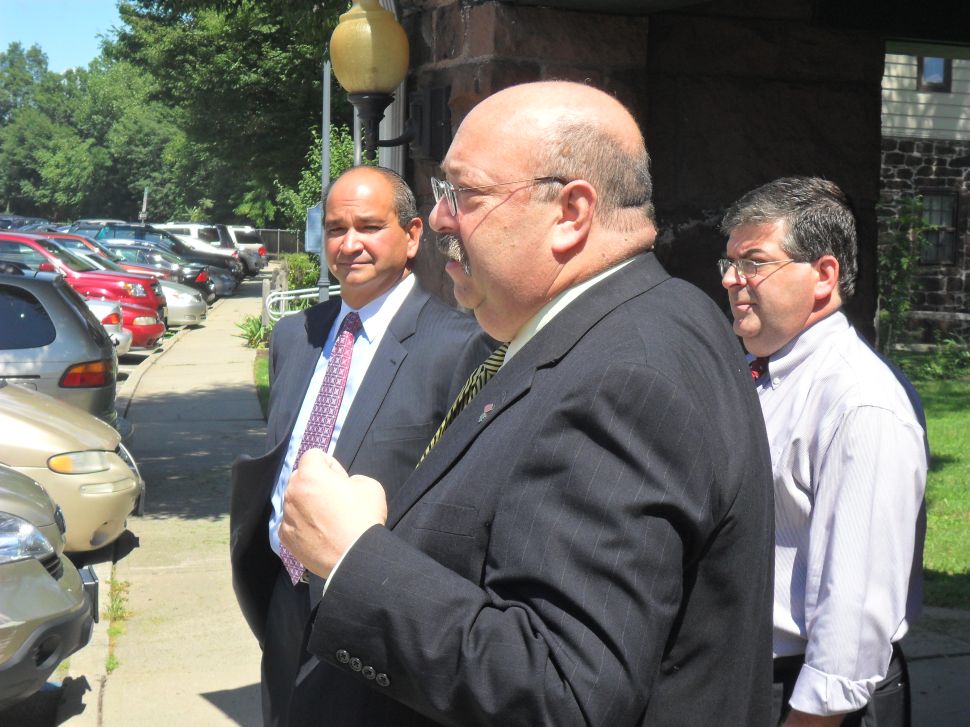