Team Fulop Campaign Manager John Thieroff today submitted candidates’ petitions with more than 10,700 signatures to the city clerk, according to a release from the Fulop Team. The signatures were gathered by more than 500 Team Fulop volunteers in less than two weeks.

Team Fulop is the first ticket to submit petitions to the clerk’s office and expects to be the first to have its full slate certified. Meanwhile, Team Healy is still trying to find council candidates to fill two ward seats and community members that are willing to run with the mayor.

Ward E Councilman Steven Fulop is challenging Mayor Jerramiah Healy in the May 14 municipal election. All nine council seats are on the ballot.

“During the past two weeks, our team of 500-plus volunteers has gone door-to-door throughout Jersey City to gather signatures for our slate,” Thieroff said.

“We will continue to gather signatures in all city neighborhoods for Steve and the ticket and are now beginning the process of having our volunteers challenge in almost every Jersey City Democratic Organization committee district for June,” Thieroff said. “We are committed to creating a Democratic Party in Jersey City that is about public service – not self service – which has been the mark of the past.”

Two years ago, Team Fulop challenged more than 100 of the committee seats off the party line and won the overwhelming majority, resulting in the eventual change in the Jersey City Democratic Chairman.

“This year, we are targeting a much broader group of committee seats,” Thieroff said. “There aren’t many organizations in New Jersey that have the volunteer infrastructure to get this many petitions in such a short period of time or to challenge this many committee seats.”

Thieroff said he will run candidates for nearly all of the 368 committee seats in Jersey City in the June primary, noting his team won the majority of seats off the line in the previous election – even replacing the Jersey City party chair and long time elected official’s namesakes such as Quigley and Healy.

“We have an incredible team that is focused on improving the lives of every resident in every neighborhood in Jersey City,” Fulop said.

Fulop’s team represents Jersey City’s diversity and includes a mix of experienced public servants as well as long-time community activists who were called to public service.

“While Steve Fulop’s Astroturf campaign looks to sell Jersey City out to those looking to make a buck on the city, Mayor Healy continues to grow his team with strong leaders who share his values of always putting Jersey City first – such as recently-announced running-mate Councilwoman Viola Richardson, who was the top vote-getter in the 2011 special election,” said Joshua Henne, campaign spokesman for the Healy Campaign. 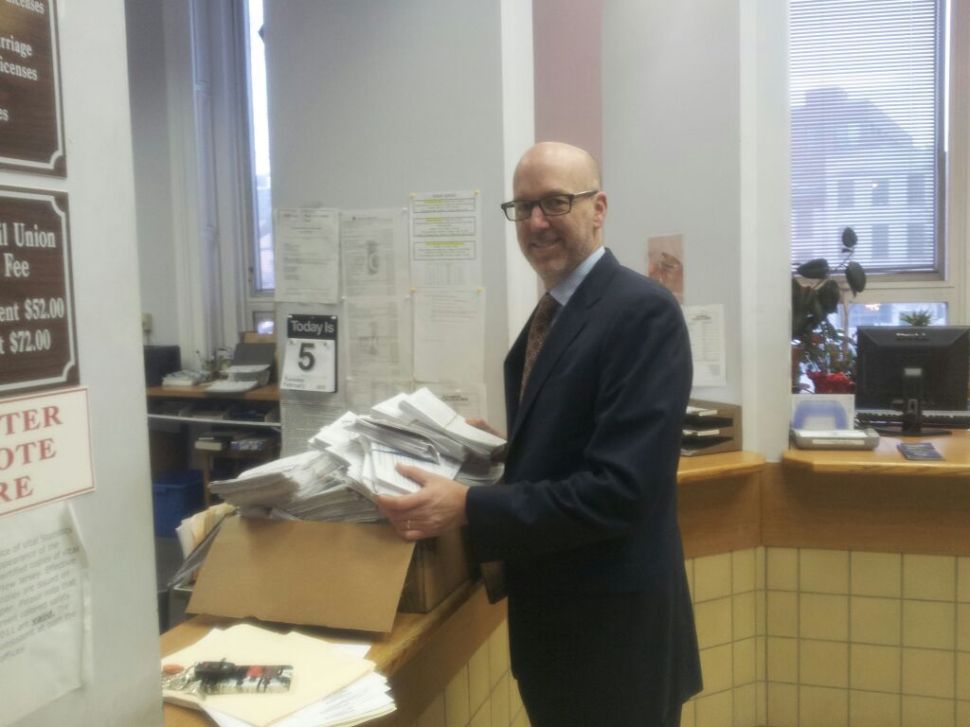