In his State of the Union address this evening, President Barack Obama addressed several hot-button political issues including climate change, immigration reform and gun control. Overall, the president’s speech struck a populist tone, but when bringing up his proposals to address some of these more controversial issues, he characterized them as making good business sense.

President Obama included his discussion of environmental issues and climate change after outlining initiatives to grow manufacturing jobs and before discussing plans to improve national infrastructure and help home owners. He closed this portion of his speech by describing all of these proposals as potentially spurring job growth.

“These initiatives in manufacturing, energy, infrastructure, and housing will help entrepreneurs and small business owners expand and create new jobs,” President Obama said in the prepared version of his remarks.

Sandwiched in between his policies on manufacturing jobs, road and bridge construction and housing, President Obama expressed a need for the government to “do more to combat climate change.” To bolster this argument, he cited several weather events, including Hurricane Sandy.”

“Yes, it’s true that no single event makes a trend. But the fact is, the 12 hottest years on record have all come in the last 15. Heat waves, droughts, wildfires, and floods–all are now more frequent and intense,” said the president. “We can choose to believe that Superstorm Sandy, and the most severe drought in decades, and the worst wildfires some states have ever seen were all just a freak coincidence. Or we can choose to believe in the overwhelming judgment of science–and act before it’s too late.”

President Obama went on to call for a “bipartisan, market-based solution to climate change” that would “make meaningful progress on this issue while driving strong economic growth.” Specifically, he called for expanding solar and wind energy initiatives, fastracking oil and gas permits to take advantage of a “natural gas boom” that he said has “led to cleaner power and greater energy independence” and funding research and technology to help natural gas burn “even cleaner.” He also proposed using oil and gas revenues from public lands to “fund an Energy Security Trust that will drive new research and technology to shift our cars and trucks off oil for good.” He hinted this was also a good economic move by noting it was supported by “a non-partisan coalition of CEOs and retired generals and admirals.”

The President also stuck with the strategy of casting his policies on more controversial issues in terms of potential economic benefit when he brought up immigration.

“Our economy is stronger when we harness the talents and ingenuity of striving, hopeful immigrants,” President Obama said. “And right now, leaders from the business, labor, law enforcement, and faith communities all agree that the time has come to pass comprehensive immigration reform.”

On this front, President Obama said he would push for “strong border security” and for “establishing a responsible pathway to earned citizenship” including background checks, taxes and penalties, English language requirements and prioritization for those who have been attempting to come to the U.S. through legal channels. He closed his call for immigration reform by citing another potential economic benefit–an influx of “highly-skilled” workers.

President Obama closed his speech by bringing up another potentially controversial issue, gun control. Though he didn’t turn to economic arguments to support his plans for increased regulation of firearms, he framed the issue as a question of securing the safety of the nation’s children, and as a result, far more important to the future of the nation than any plan to improve America’s financial situation.

“Of course, what I’ve said tonight matters little if we don’t come together to protect our most precious resource–our children,” the president began. “It has been two months since Newtown. I know this is not the first time this country has debated how to reduce gun violence. But this time is different. Overwhelming majorities of Americans … have come together around commonsense reform.”

“Each of these proposals deserves a vote in Congress. If you want to vote no, that’s your choice. But these proposals deserve a vote,” President Obama said. “Because in the two months since Newtown, more than a thousand birthdays, graduations, and anniversaries have been stolen from our lives by a bullet from a gun.”

Though President Obama took on climate change, immigration reform and gun control in his speech, there were two notable hot-button issues he didn’t address; gay marriage and abortion. The president only briefly alluded to gay and lesbian issues once in his speech when he described efforts to take care of the country’s armed forces and cited the plan announced yesterday to provide benefits to same-sex spouses of servicemembers as an example of his administration’s commitment to the troops.

“We must to protect those who serve their country abroad, and we will maintain the best military in the world,” said the president. “We will invest in new capabilities, even as we reduce waste and wartime spending. We will ensure equal treatment for all service members, and equal benefits for their families–gay and straight.”

Reproductive rights and the abortion debate were not mentioned at all in the president’s speech. However, issue featured prominently in Senator Marco Rubio’s Republican response to the State of the Union, which began on a loud, pro-life note.

“The State of the Union address is always a reminder of how unique America is,” Mr. Rubio said. “But America is exceptional, because we believe that every life, at every stage, is precious.” 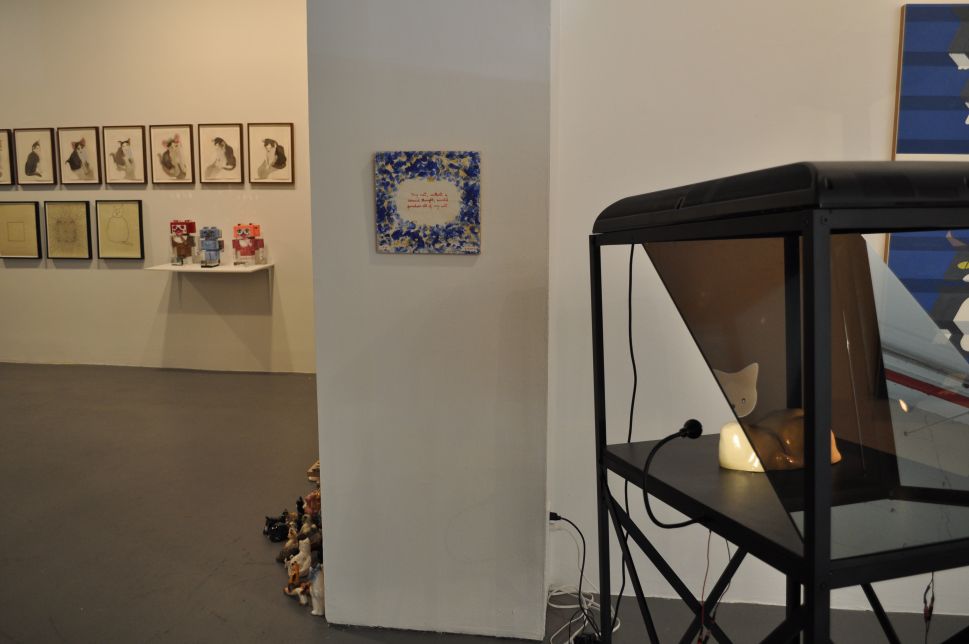