Fierce rivalry with a local enemy provides exactly the motivation state Senator/Mayor Nicholas Sacco (D-32) needs to recommit himself to a friendship with state Sen. Barbara Buono (D-18), Metuchen, in a statewide brawl.

Irritated by the cross proximity of arch rival state Senator/Union City Mayor Brian P. Stack, a booster of Republican Gov. Chris Christie’s, Sacco showed his willingness this week to counter with Buono when he welcomed the Democratic gubernatorial challenger to last night’s meeting of the North Bergen Democratic Municipal Committee.

“I have worked with Barbara Buono in the Senate for many years and I know that she is an ideal candidate to provide a strong contrast to Governor Christie and articulate the Democratic message in this election,” said Sacco. “I thank her for attending our meeting and our organization is behind her 100% and will work hard to produce a strong vote for her in North Bergen.”

A week ago, Stack welcomed Christie to Union City to help christen a new school. 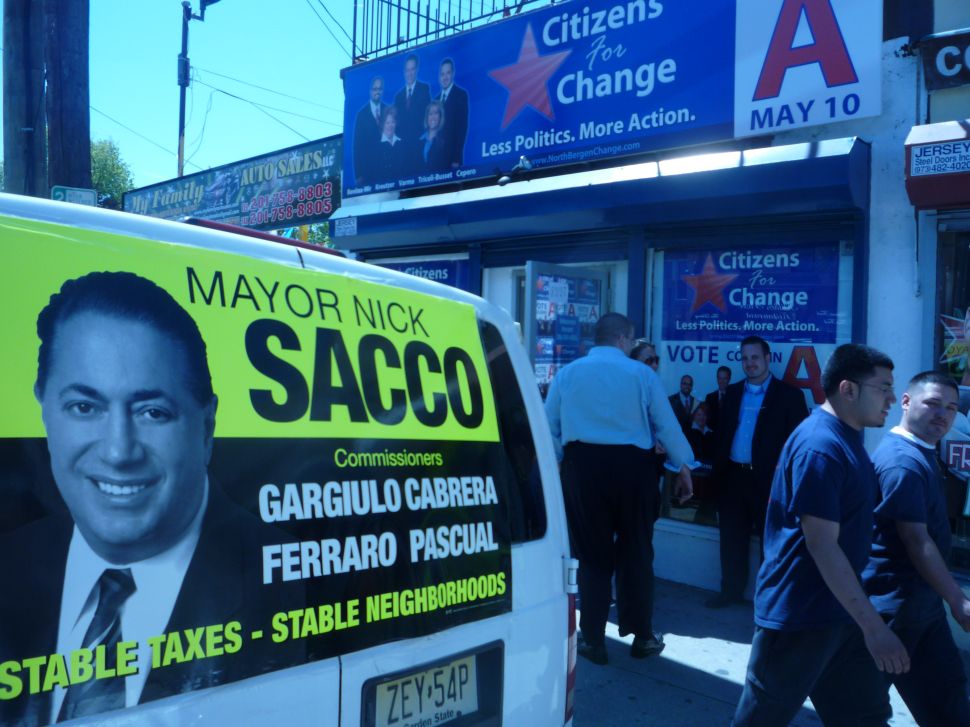