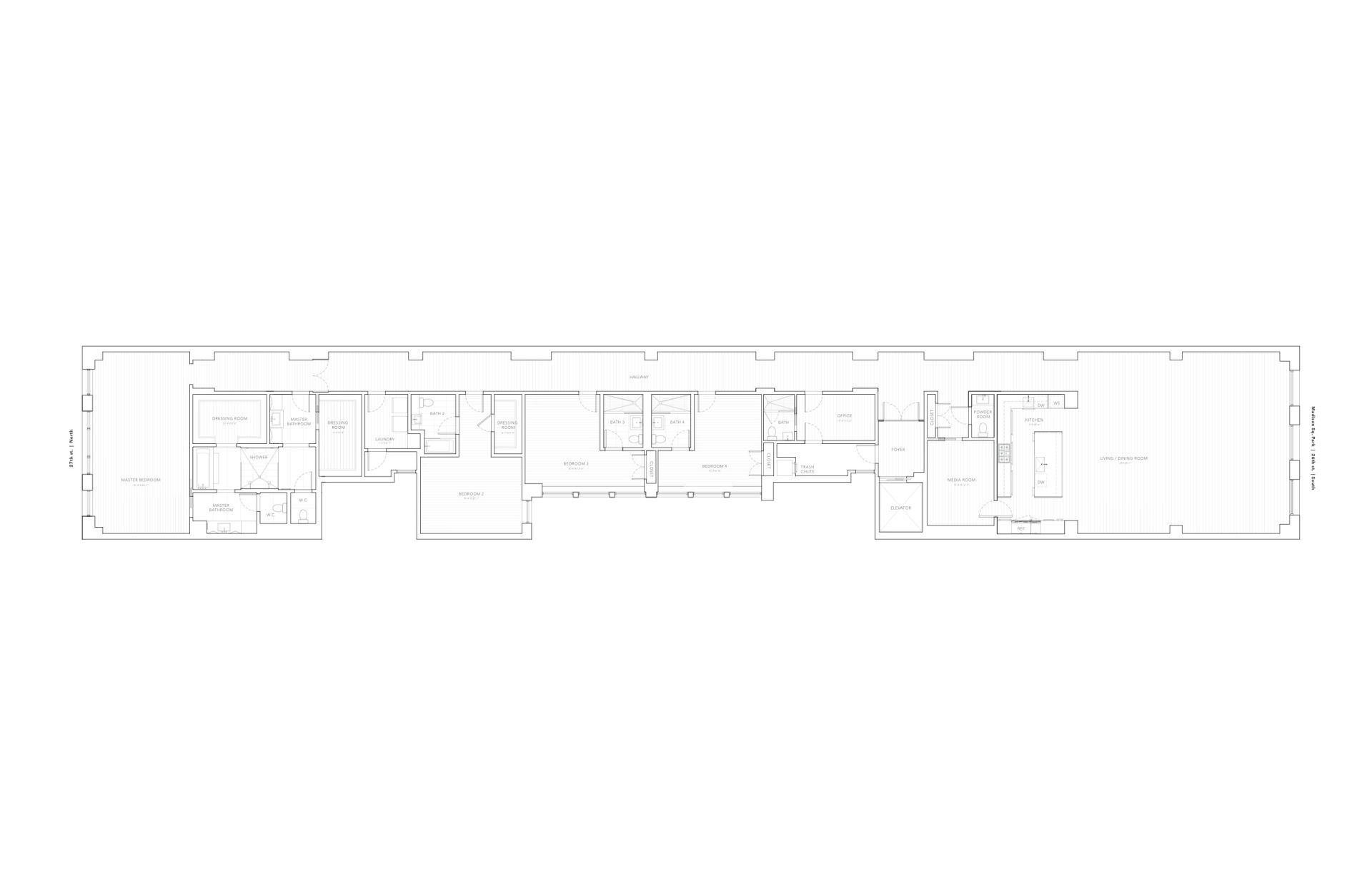 The floorplan for the building's bottom three units of the building, priced between $10 and $10.5 million. 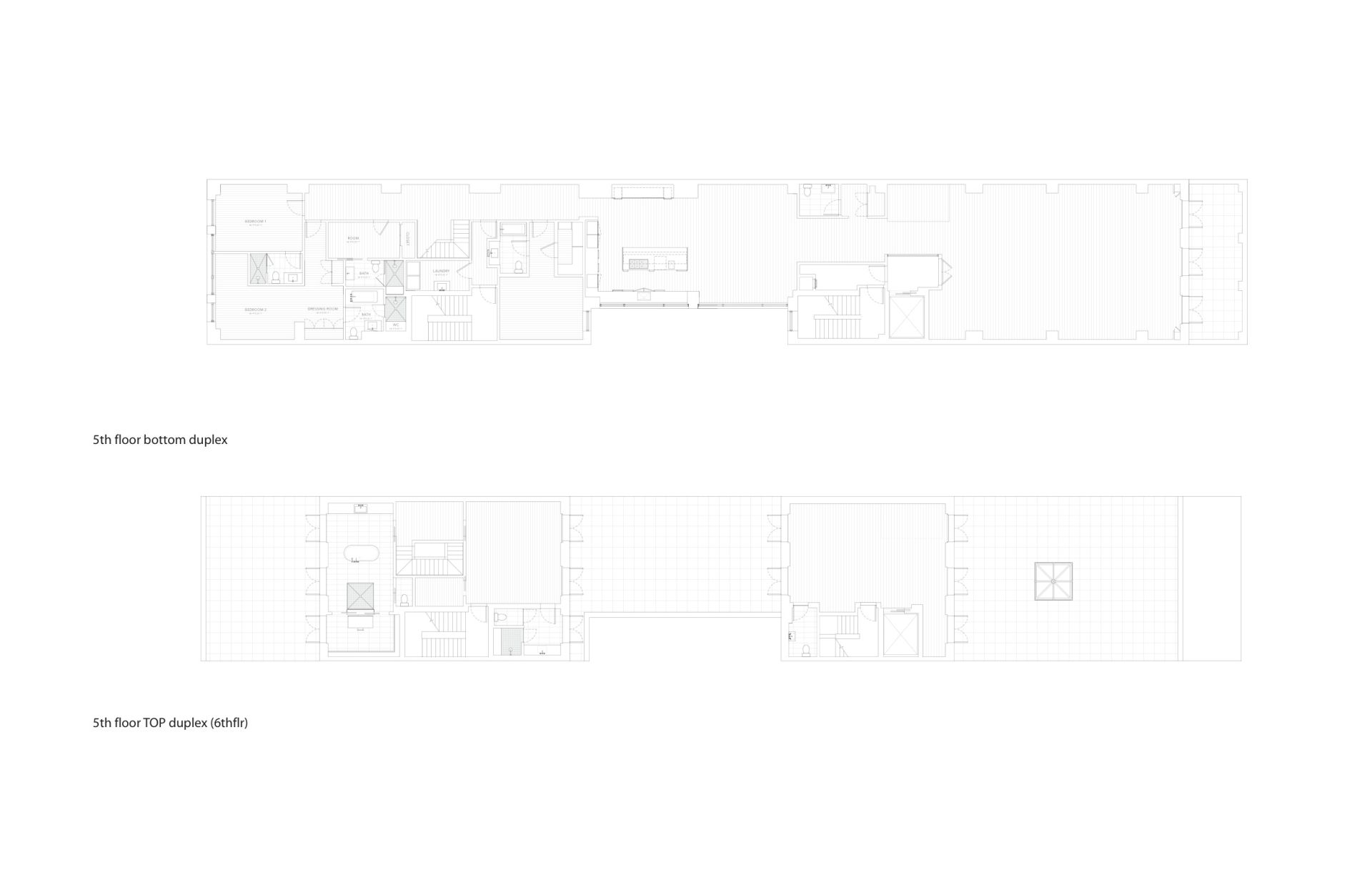 The floorplan of the duplex penthouse. And don't forget about the air rights. 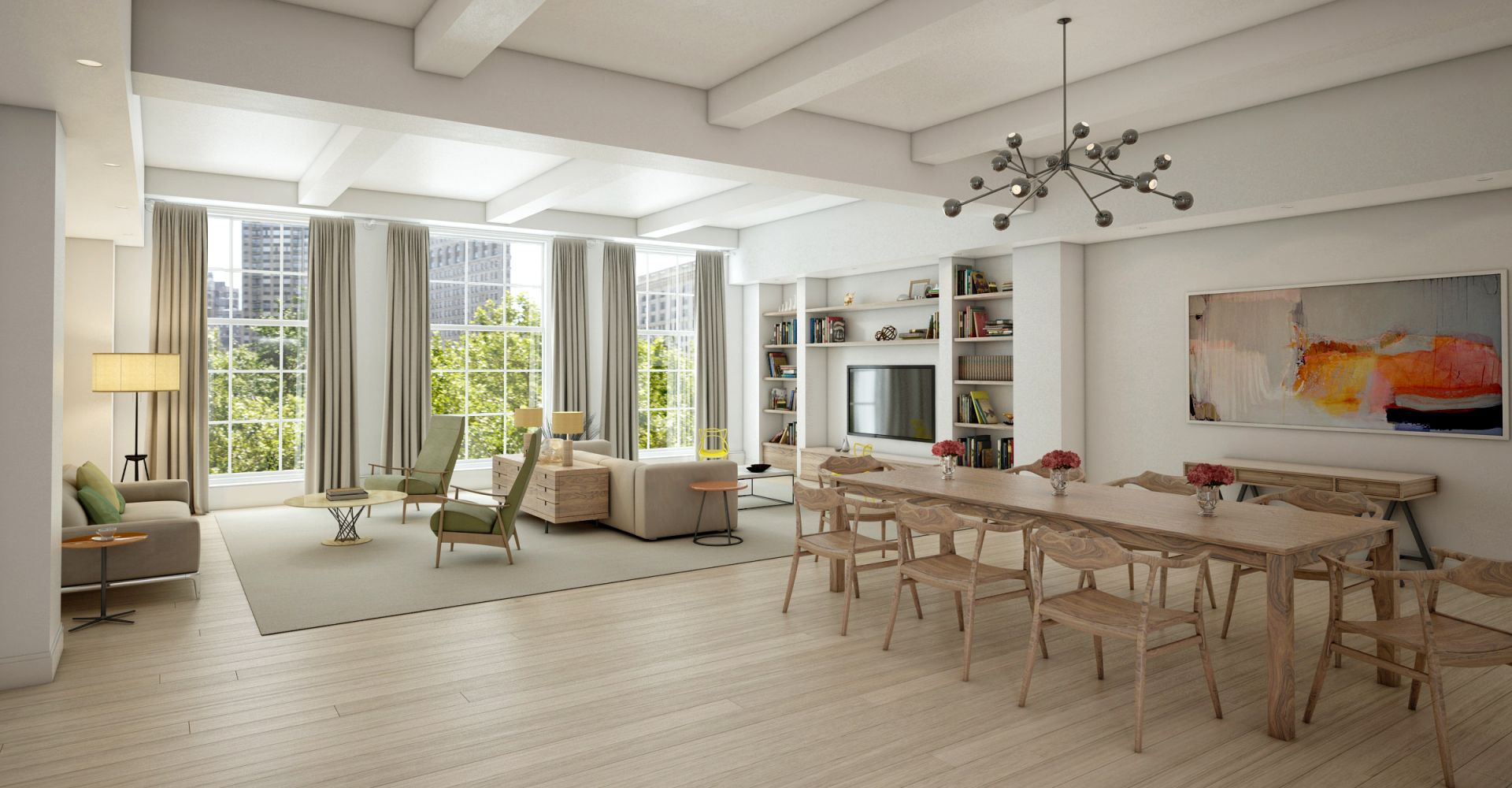 The living rooms of all four units face Madison Square Park and have southern exposures. 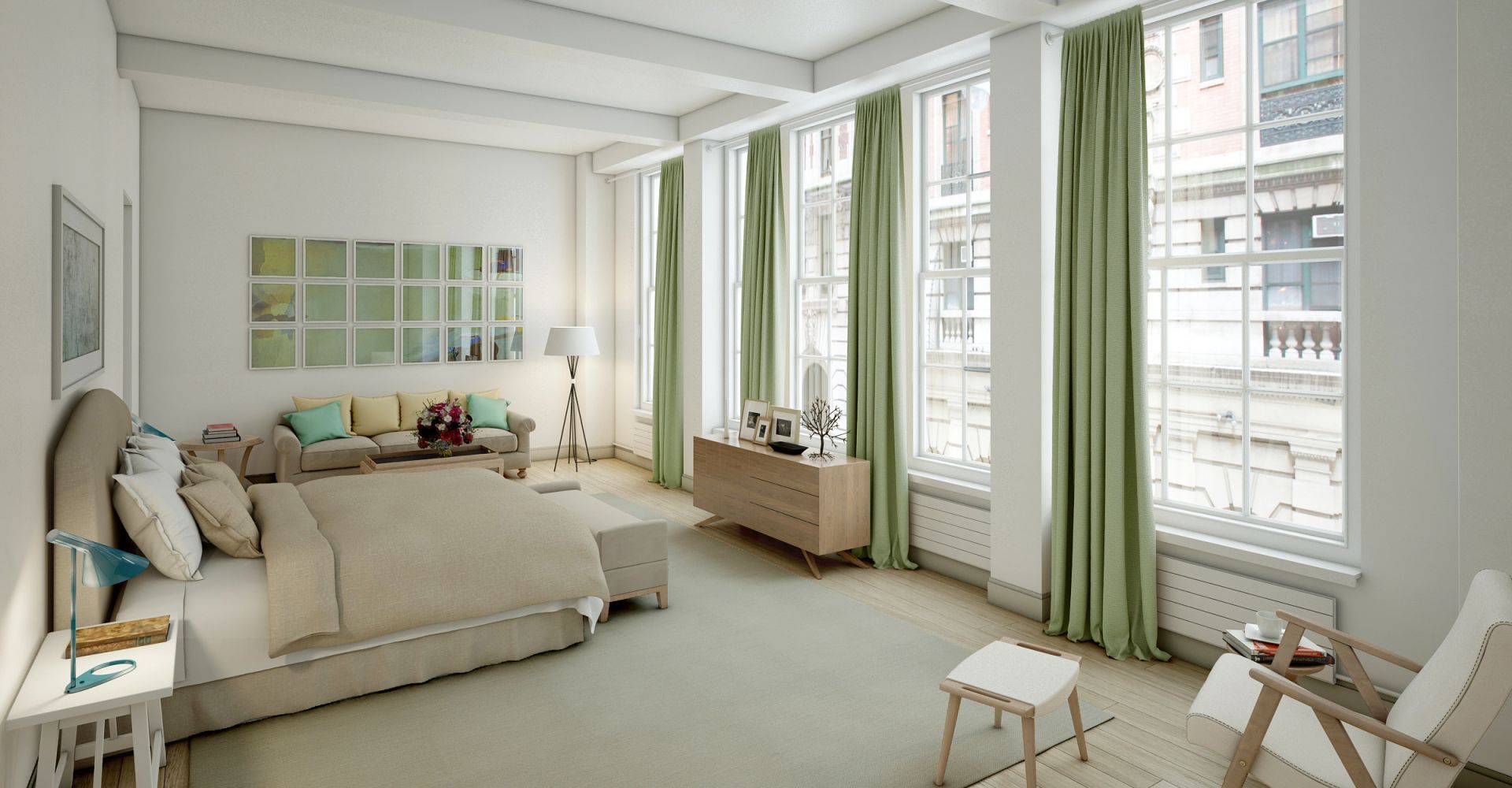 The master bedrooms all look out to East 27th Street to the North.
Advertisement 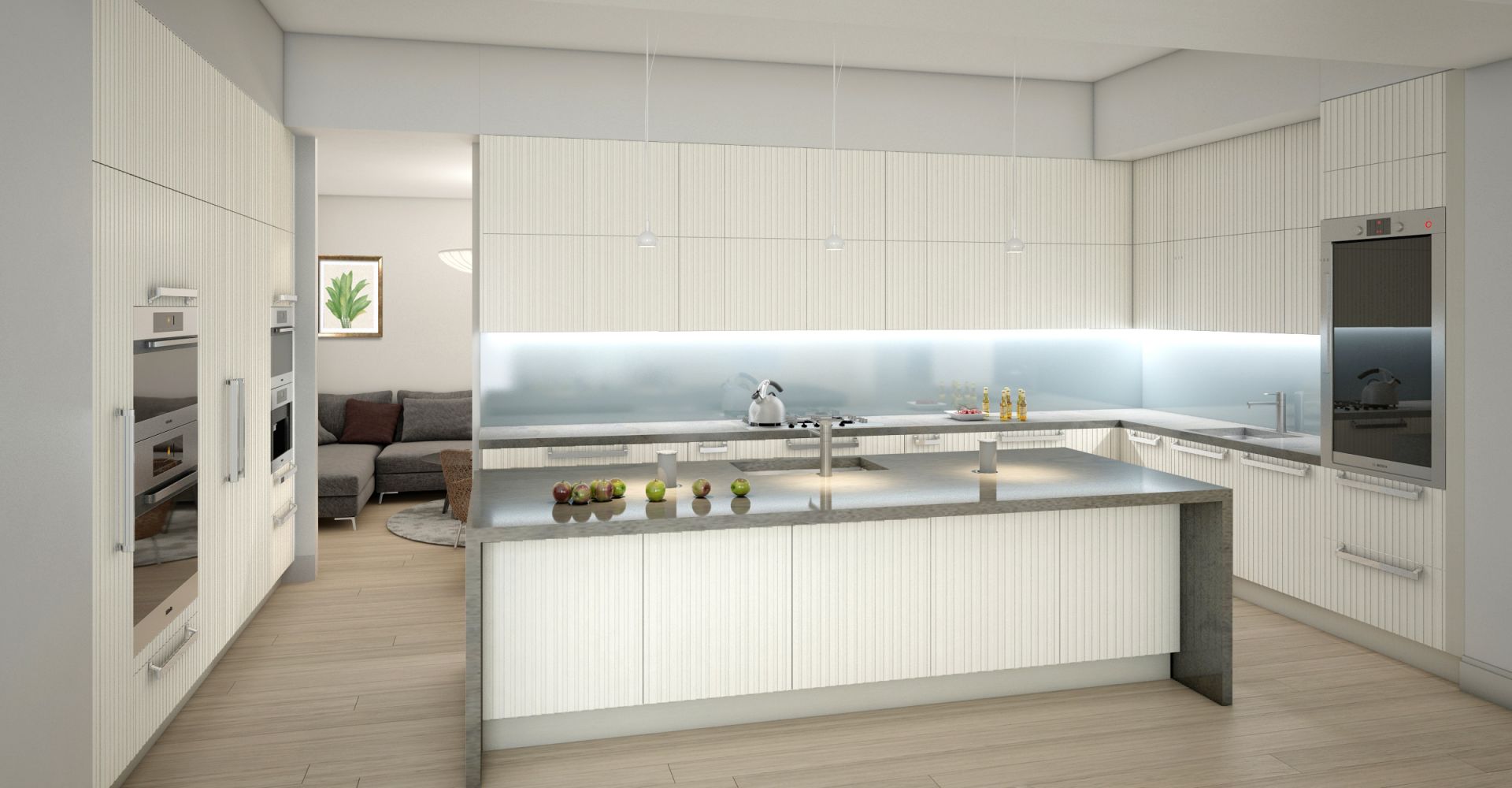 A rendering of one of the kitchens, with cabinetry from Arclinea. The media room is just visible beyond the door. 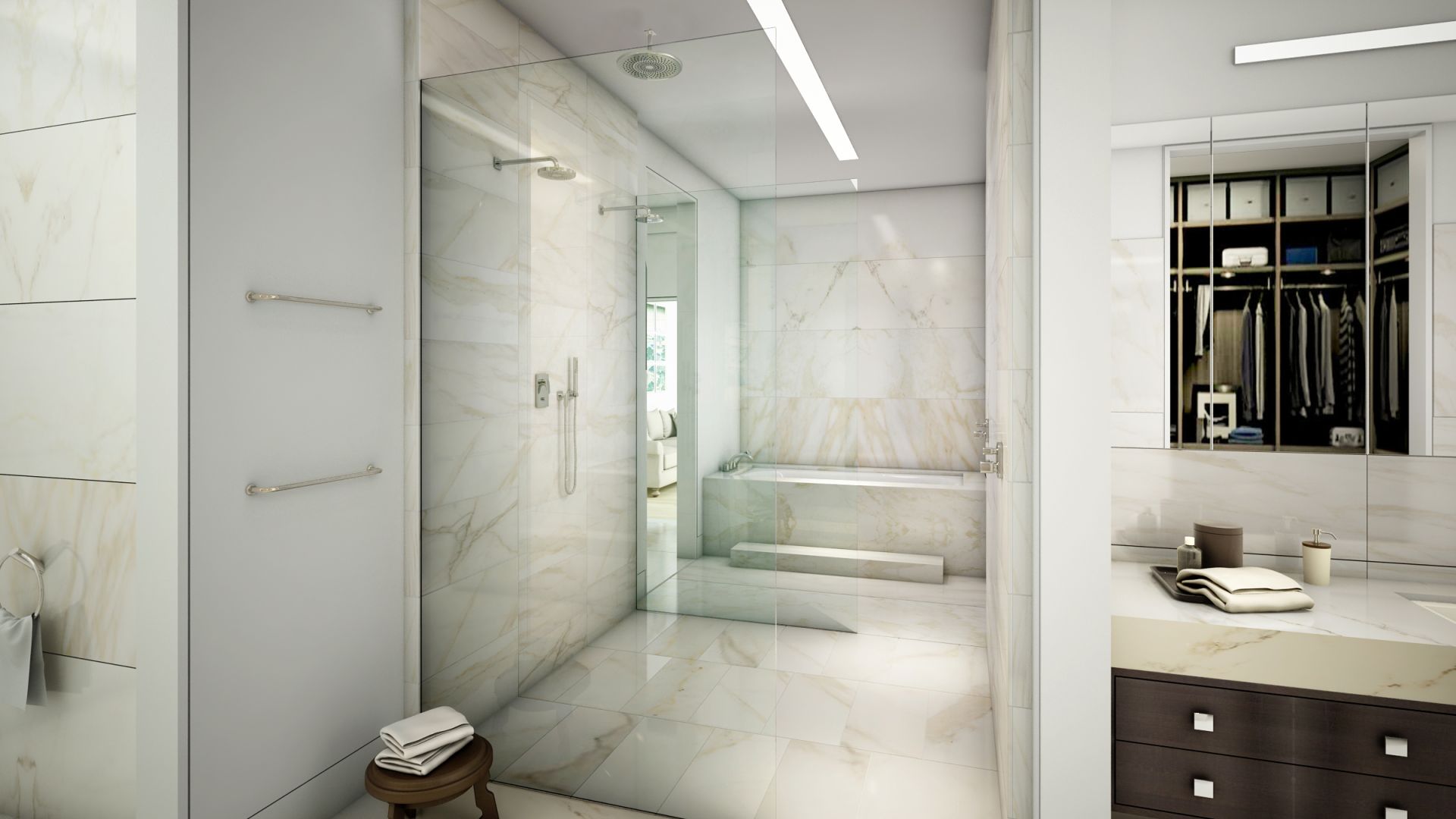 His and her showerheads in the deluxe master bathroom. 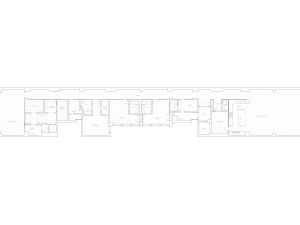 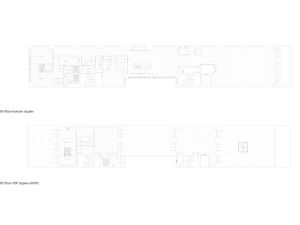 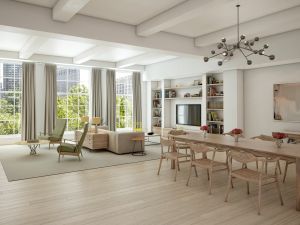 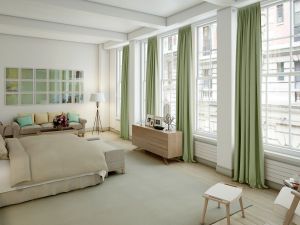 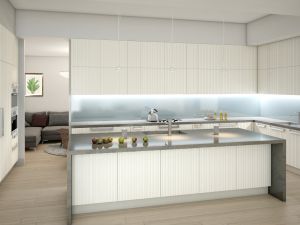 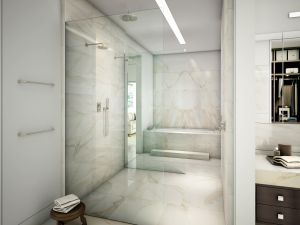 To say that one lived on the Park once meant something very specific in New York. There were other parks, of course, and very posh residences surrounding some of them—to wit, Gramercy—but none could compare to Central, whose vast expanse of green may as well have been made of gold.

Oh, how times have changed. At least, real estate developers are doing their damndest to see that they do. This fall, the $42 million penthouse of 18 Gramercy Park went into contract—a downtown record. And now, an ultra-luxe condo development at 21 East 26th Street is looking to draw the Louboutin-heeled to Gramercy’s northern neighbor.

The Whitman, as the handsome brick and limestone manse is to be known, will have three full-floor residences, priced at $10 million, $10.25 million and $10.5 million (the cost increases incrementally as the floors go up), and a 6,540-square-foot duplex penthouse. The penthouse comes with three terraces (totaling 3,000 square feet),  a $22.5 million price tag and the ultimate luxury—27,500-square-feet of air rights.  Enough to build another mansion on top, or to sell to Madison Square Park’s next luxury-minded condo developer.

“One of the things that attracted me to this building is that there are so few parks, especially South-facing buildings parks,” said developer David Mitchell of Mitchell Holdings LLC, whom The Observer met when we toured the still under-construction building on Friday morning (it is expected to be completed by early Spring).

Mitchell Holdings bought the 1924 building—a former showroom— from the plumber’s union for a mere $13 million in 2011. Mr. Mitchell gestured out the big windows to the park beyond, noting that the living room in which we stood might not look particularly large, but it was actually 1,500 square feet.

“You can literally watch your kids play in the playground. It’s right there,” said Melanie Lazenby, the Douglas Elliman broker who is brokering the project with colleague Dina Lewis.

Ms. Lazenby noted that the decision to go with floor-through residences of nearly 5,000 square feet was motivated by the demand for huge homes downtown, where families with children increasingly want to live, especially now that Avenues has opened.

At $2,129 to $3,440 a square foot, that space does not come cheap, although it will come a less dear than 18 Gramercy, where prices range from $3,494 to $6,636 per square foot. The architect, Jeffrey Cole, doesn’t have A.M. Stern clout, but he and the developers have paired palatial apartments with high-end finishes, a combination that reliably fetches princely sums: kitchens by Arclinea, wide plank rift oak floors (made with only the choicest cuts of wood to avoid unsightly knots) and a different variety of high-end stone in every bathroom.

The apartments are long and narrow, with all southern-facing living rooms looking out onto the park. The master bedrooms are at the opposite end, facing 27th Street; the other bedrooms arrayed along the Western wall of the building, looking out onto a dim, narrow courtyard between the Whitman and its next door neighbor, which houses Vera Wang’s studio. So while those bedrooms certainly won’t be sun-flooded, at least residents will be apprised of the latest bridal fashions. (And the latest high-end food fads: Daniel Humm’s ever-evolving Eleven Madison Park is right down the street.)

Can Madison Square Park and buildings like the Whitman ever challenge the Park of all Parks and the elegant limestone behemoths that line it? In today’s heady luxury market, the question seems besides the point. There are more than enough wealthy buyers to go around and they’re willing to spend lavishly on apartments that abut parks and rivers, whether they’re on Fifth Avenue or W. 26th Street, Sutton Place or Riverside Boulevard.