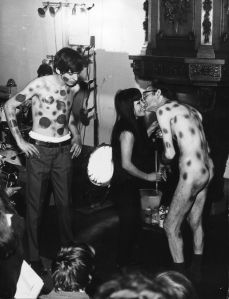 Yayoi Kusama will join David Zwirner, The New York Times‘ Carol Vogel writes. Shortly after Art Basel Miami Beach last year, The Art Newspaper reported that she was parting ways with Gagosian Gallery. She had her first one-person show with the gallery in 2009. A recent profile of Mr. Gagosian in New York magazine said that a representative for the artist told the gallery last summer that she wanted to cease working together. In late December, the German newspaper Die Welt reported the widely circulating rumor that Ms. Kusama was set to join Zwirner in New York. And now the official word has arrived.

The news comes shortly after Jeff Koons said that he would do a show with Zwirner in New York, though he has also said that he will continue to work with Gagosian and Sonnabend Gallery.

Ms. Vogel confirms that Ms. Kusama will continue to work with Victoria Miro in London, where Zwirner recently opened a space.

The excitement never ends in Chelsea.