The Alliance, headed by Martin Perez, announced the endorsement during a Christie campaign event in New Brunswick. The group, which endorsed Democrat Jon Corzine in Christie’s first bid for office, said the governor’s accomplishments on education reform and small business growth made him worthy of a second term.

“Governor Christie has listened to our concerns, given us a seat at the table and worked closely with the Latino community over the past three years, and through his leadership, New Jersey has begun to overcome problems that were years in the making. This alone improves the lives of families across the state,” Perez said in a statement.

“Half of New Jersey’s Latino public school student population is trapped in poor performing ‘Abbott’ school districts that are life sentences to poverty. It took the leadership of this governor to understand the urgency for our children to have access to quality education,” he said. “His aggressive education reform agenda has overcome deep-rooted special interests, and is delivering reforms that will improve the quality of education and give parents more educational options.”

Perez angered many Democrats during the 2011 legislative redistricting effort when he sided with a Republican plan to create districts that were heavily Latino.  Democrats and other Latinos said the strategy, which they said was “packing,” would decrease Latino power and favored more dispersed districts, while Perez argued it would add more Latino representation to the state Legislature.

Perez was recently named by Christie to the Rutgers Board of Governors. 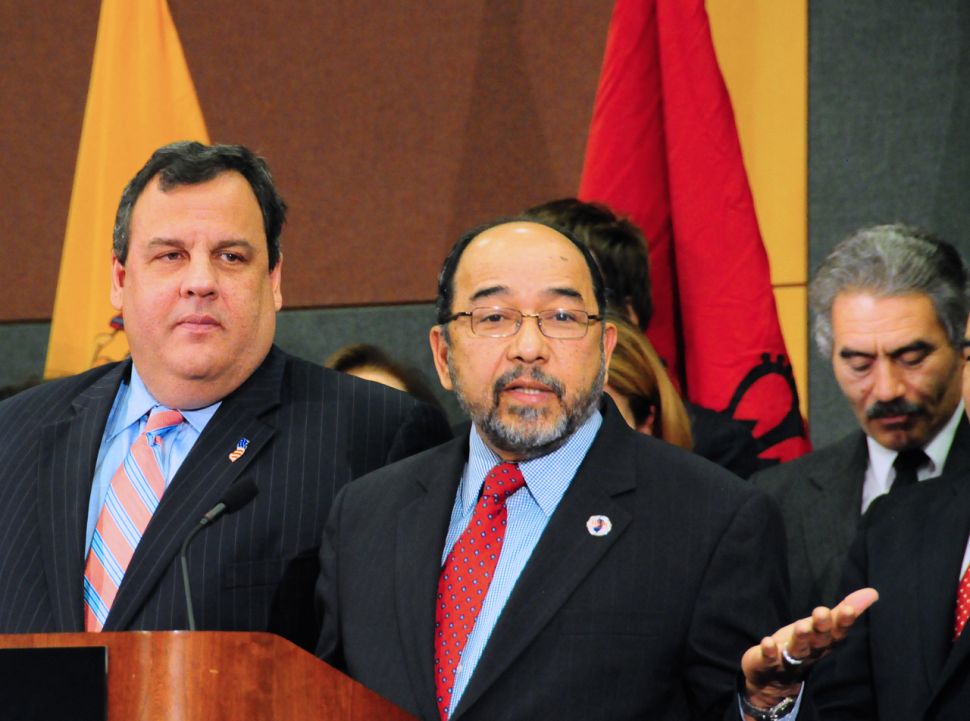