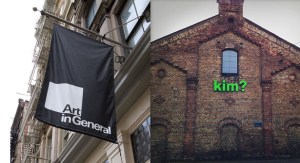 With the opening of the 2013 Venice Biennale just a few months away, countries are finalizing their plans for their national pavilions. The latest to state its intentions is Latvia, which announced that Kaspars Podnieks and Krišs Salmanis will represent it at the international showcase. The pavilion is being organized by Anne Barlow and Courtenay Finn, who are respectively director and curator of New York–based nonprofit Art in General, as well as Alise Tīfentāle, who is serving as the representative for the KIM? Contemporary Art Center, of Riva, Latvia. The news comes to us via Artforum.

Here’s a bit about the project from the official e-flux news release:

“The Biennale exhibition, titled North by North-East, presents a new site-specific work that explores the artists’ relationship to the natural and ever-shifting man-made world—including perceived borders and centers in Europe—and that investigate the concepts and conditions of identity, uncertainty, and the ‘in-between.’”

More details will be shared at a press conference in New York early next month during the week of the Armory Show fair.

As an aside, those wondering what the unusual acronym KIM? stands for, here’s your answer, also via the e-flux missive:

“The name of kim? is no less than an abbreviation of an insistent question ‘what is art?’ (‘kas ir māksla?’ in Latvian).”