On the day he formally announced he would not run again in 2014, the 89-year-old last surviving veteran of WWII in the U.S. Senate recalled the day his father brought him to the mill that once stood near this place.

His father worked in what was once a silk mill.

He told the 12-year-old Lautenberg to note the noise and dust.

“He took my hand and rubbed it across the silk fibers,” the senator remembered, with his wife at his side.

“My parents didn’t have material things to leave, but they had values,” said Lautenberg amid applause. “I will be continuing to do the right thing wherever I can.”

Many gathered here today at the New Jersey Community Development Center to acknowledge Lautenberg’s decision not to seek re-election when his current term ends in 2014.

State Sen. Barbara Buono (D-18), Democratic candidate for governor, joined Lautenberg at the front of the room when the senator concluded his remarks.

“We love you, Frank,” a woman shrieked when he appeared at the podium.

“Too late to change my mind?” the senator cracked.

Lautenberg has taken the lead on gun control measures, and today he reaffirmed his desire to see them through to law. He also used the story of his father’s early death to recommit himself to environmental protection and workers’ right to organize.

He stood near the Great Falls of Paterson, proud to have worked with U.S. Rep. Bill Pascrell (D-9) to establish a national historic park on the site.

He spoke of the business he founded here in the Silk City, which he started with two others, which now employs 50,000 worldwide.

“My message to young people is this is the country where dreams are possible,” Lautenberg said. 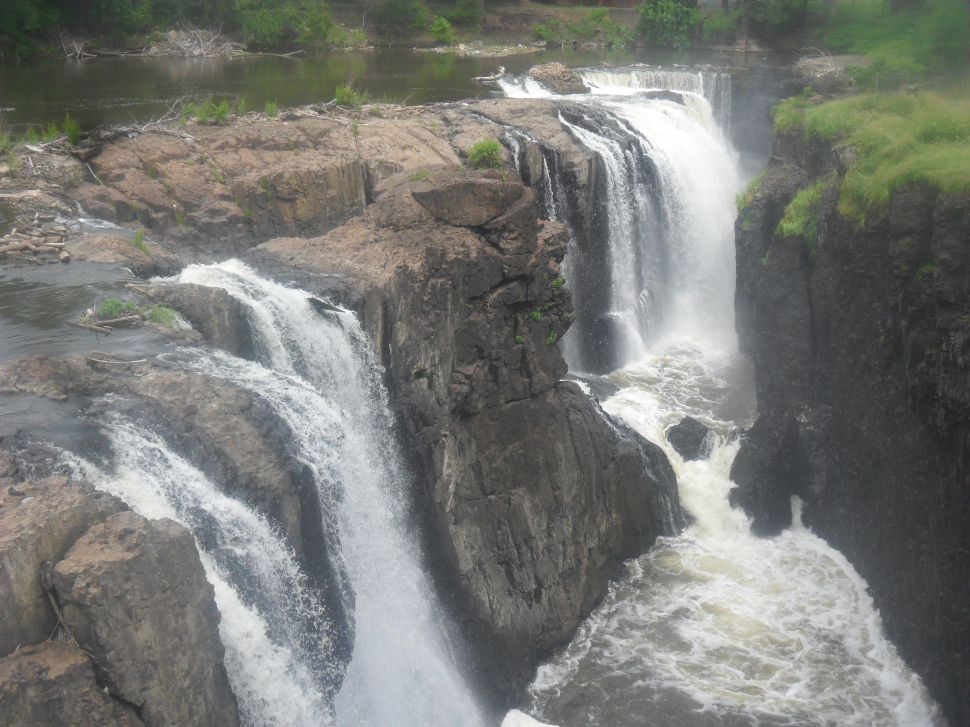