MWW announced today that Rich Levesque has joined the firm as vice president in its Trenton office.

Levesque is the Mercer County GOP chairman and former executive director of the Burlington County Republican Committee and a member of New Jersey Governor Chris Christie’s Task Force for the Prevention of Heroin Abuse and Opiate Addiction.

In his new role at MWW, Levesque will help develop and lead public affairs and government relations strategies for a number of MWW clients.

This announcement comes at the heels of MWW’s acquisition of Capital Public Affairs (CPA), one of New Jersey’s leading public affairs and government relations firms which was absorbed into the firm’s Trenton office.  Levesque will report to Steven Some, senior vice president and general manager of MWW’s Trenton office and former President of CPA.

“Rich is a key addition to the leadership team of our Trenton office.  He brings deep knowledge of the political landscape on both state and federal levels and a robust network of influencer relationships,” said Michael W. Kempner, president and CEO, MWW. “Rich will play an important role as we continue to deepen our team on both sides of the aisle and further grow our Trenton office.”

Levesque is a graduate of Manhattan College with undergraduate degrees in Finance and Economics. 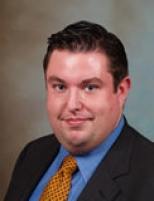