In his State of the City address today, Mayor Michael Bloomberg unveiled a plan to ban styrofoam in stores and restaurants citing a lack of biodegradability and high recycling costs that he called “terrible for the environment” and “terrible for taxpayers.” State Senator Liz Krueger responded to the mayor’s speech by jumping on his ban-wagon and taking it one step further–calling on the Legislature to ban styrofoam statewide.

“In his State of the City address, Mayor Bloomberg announced that he will prioritize banning styrofoam food containers in New York City,” Ms. Krueger said. “This would be a great step forward for our city, both for the environment and public health – but we shouldn’t just stop at the city limits.”

Ms. Krueger said she hopes Mayor Bloomberg, who has donated $1 million to the Republican State Senate majority, will use his stature with Albany’s GOP to aid her efforts to spread the styrofoam ban.

“I call on my colleagues in the state legislature to race New York City to the goal and pass legislation to ban styrofoam food containers this year,” said Ms. Krueger. “And I ask Mayor Bloomberg to lend his considerable influence with the State Senate’s Republican-dominated majority to this cause.” 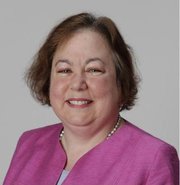