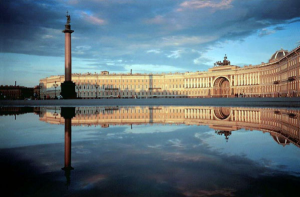 Those planning your 2014 travels, take note: Manifesta, the European biennial of contemporary art that alights in a different city or region every two years, will take place at the State Hermitage Museum in St. Petersburg, Russia, next year. It’s a banner year for both organizations, with Manifesta marking its 20th anniversary, and the Hermitage marking its 250th. The museum’s General Staff Building, the main site for the biennial, is also set to be fully renovated by the opening of the exhibition.

St. Petersburg historically bridged the gap between East and West Europe for more than 300 years and through the spirit of the European enlightenment movement in the 18th century, the notion of the Encyclopaedia edited by Diderot and D’Alembert and acquired by Catherine The Great for the State Hermitage Museum could become a moral and spiritual inspiration for Manifesta 10 in 2014.

Thank you to Artforum for calling our attention to the news.