“That’s not my choice,” he said, when a reporter asked the GOP governor if the embattled Menendez should resign his chairmanship of the Senate Foreign Relations Committee. “Harry Reid and the Senate Democrats made their choice. The people voted for Senator Menendez and I expect Senator Menendez to do his job in a fair way.”

Today’s Quinnipiac University Poll shows New Jersey voters disapprove 41 – 36 percent of the job Menendez is doing, a 15-point drop in less than a month. Forty-four to 28 percent say he is not honest and trustworthy, according to the poll. 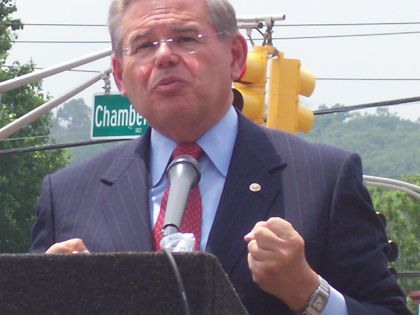