More New Jersey voters approve (44%) than disapprove (27%) of Lautenberg’s job performance, according to the poll.  Another 29% offer no opinion on the U.S. Senator who first took office 30 years ago.  These ratings are comparable to voter opinion measured over the last two years.

But while Lautenberg’s ratings are more positive than negative, many voters would prefer to have someone else hold that seat after next year’s election.  Assuming that a Democrat will win in 2014, just 15% of New Jersey voters prefer that Lautenberg continue to serve, while 35% prefer that a different Democrat take that seat.  Another 42% say it really doesn’t matter to them which Democrat holds that seat.  Among Democratic voters, 22% prefer Lautenberg and 31% prefer someone else; among independents, 9% prefer Lautenberg and 43% prefer a different Democrat; and among Republicans, 15% prefer Lautenberg – if it has to be a Democrat – and 33% would prefer another Democrat.

Lautenberg’s age does not appear to be a determining factor in the lack of voter enthusiasm for another term.  Just 34% of Garden State voters say he is too old to be an effective senator.  Nearly half (48%) disagree with this view and 18% have no opinion.  These findings are very similar to voter opinion when he was running for re-election in 2008 at the age of 84.

Monmouth pollster Patrick Murray says the lack of concern over Lautenberg’s age is probably related to the fact that most voters don’t know his age.  Lautenberg turned 89 last month, but just 39% of voters estimate his age at 80 or older while 46% think he is in his 60s or 70s, and 15% cannot make a guess.  These estimates are slightly more accurate than September 2008, when 25% of New Jersey voters thought Lautenberg was in his 80s or older, 45% thought he was in his 60s or 70s, and 30% would not estimate his age.   Among voters who are able to peg Lautenberg’s age accurately (at least within a decade of 89), 57% say he is too old to be an effective senator and 33% say his age does not hamper his ability to serve.  Among those who significantly underestimate Lautenberg’s age, just 21% say he is too old while 66% say his age is appropriate for the demands of his office.

Murray evaluates the possibilies of both Newark Mayor Cory Booker and Rivera as senator.

Potential Democratic primary voters were asked who they would choose in a crowded – and extremely hypothetical – field for the 2014 U.S. Senate nomination.  Four-in-ten (40%) say they would choose Newark Mayor Cory Booker, 25% would vote for Lautenberg, 4% would support Congressman Frank Pallone, and 2% would support State Senate President Steve Sweeney.

Another 2% say they would vote for Alan Rosenthal.  Professor Rosenthal is unlikely to be a candidate and it’s unclear that Democratic voters recall his service as the tie-breaking member of the state redistricting commission who sided with the Democrats’ legislative map.  But this result indicates the challenges other candidates would have gaining traction in a race that featured Booker and Lautenberg.

Booker continues to receive high ratings from New Jersey voters, currently clocking in at 55% favorable to 9% unfavorable, with 36% having no opinion. This is a few notches higher than his September 2012 rating of 49% favorable to 13% unfavorable.

TV host Geraldo Rivera had New Jersey and national political circles jumping recently when he suggested he may run for Lautenberg’s seat as a Republican.  New Jersey voters do not seem to be keen on the idea.  Just 1-in-4 say they are very (9%) or somewhat (17%) likely to vote for Rivera should he choose to run, while nearly 2-in-3 (65%) say they would not be likely.  This includes a majority (51%) who say they would not consider voting for Rivera at all.  Even among GOP voters, just 44% say they would be at least somewhat likely to vote for Rivera while 48% would be unlikely.

About half of New Jersey voters have formed an opinion of Rivera, and it is evenly divided – 26% have a favorable view of him and 27% have an unfavorable view.  The remaining 47% have no opinion.

The Monmouth University/Asbury Park Press Poll was conducted by telephone with 803 New Jersey adults from Feb. 6 to 10.  This sample has a margin of error of + 3.5 percent.  The poll was conducted by the Monmouth University Polling Institute and originally published by the Asbury Park Press and its sister publications (Courier-Post, Courier News, Daily Journal, Daily Record, and Home News Tribune). 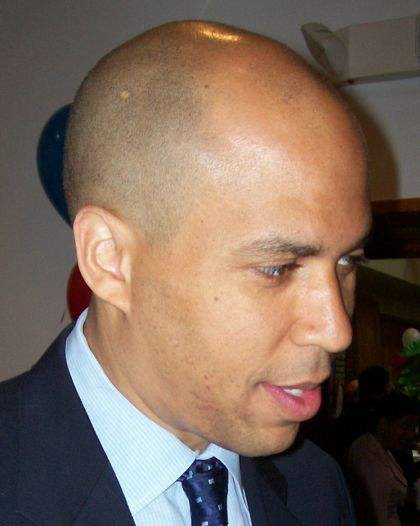