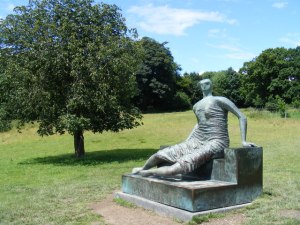 Neglected Henry Moore sculpture to be conserved. [The Art Newspaper]

The Times profiles El Anatsui, who just had an exhibition open at the Brooklyn Museum. [NYT]

Should newspapers and websites have published images of George W. Bush’s paintings that were taken from his e-mail account? [The Washington Post]

Here’s a story about Yoko Ono and Sean Lennon campaigning against tracking in New York. [The Daily Beast]

A Sotheby’s auctioneer on what it was like to sell the library of the Cambridge Five’s Kim Philby. [Ham & High]