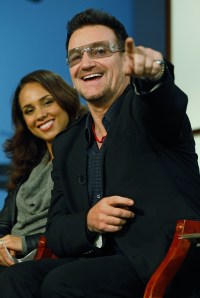 Allan Kozinn profiles Claudia Gould, the former director of Artists Space and the Institute of Contemporary Art in Philadelphia who took over as director of the Jewish Museum in November. [NYT]

The latest chapter in the ongoing legal dispute between Russia and the Brooklyn-headquartered Jewish organization Chabad has the former considering a lawsuit against the Library of Congress. [The Art Newspaper]

Waiting for a flight at Paris’s Charles de Gaulle Airport? Now you can go have a look at some Rodins. [NYT]

What will happen to Luis Jiménez’s sculpture of a blue horse at the Denver International Airport (which killed him, when its head fell on him, cutting an artery in his leg) now that the contract for displaying it has expired? [The Denver Post]

Southern Methodist University creates the National Center for Arts Research to “derive a more accurate picture of the health of the nation’s art sector.” [ArtsBeat]

British director Mike Leigh will do a biopic of J.M.W. Turner. [The Art Newspaper]

Artist-trustees at the Tate once thought a five-figure Lichtenstein was too expensive to buy. [The Art Newspaper]