Also amazing: “When he did have spare time before boarding a plane, Mr. Lhota was known to buy a large bucket of KFC chicken to share with his fellow first-class passengers.”

In other news about GOP mayoral candidate Joe Lhota, it seems he has some very high-profile donors, including supporters who are speculating about setting up a pro-Lhota “super PAC” on his behalf. “All I know is that Joe is not going to want for money,” billionaire Kenneth Langone claimed, for example.

And last Friday, Oliver Pan, a donor to current Comptroller John Liu‘s mayoral campaign, was ruled competent to stand trial. There had previously been some doubts after Mr. Pan was involuntarily committed for mental health reasons, but now the joint trial against Mr. Pan and Jenny Hou, Mr. Liu’s former campaign treasurer, will proceed as planned on April 15th.

New York Post columnist Fred Dicker put on his literary brass knuckles and used anonymous sources to roast New York Governor Andrew Cuomo, a longtime ally of Mr. Dicker’s, over everything from his governing philosophy to gun control. “The New York side is communist East Berlin — poor, humbled, and humiliated, with no high-paying jobs to speak of,’’ one source notably complained.

“Here is the old book on Chuck Schumer: Camera hog. Sharp elbows. Partisan warrior. Smartest guy in the room, and lets you know it. Takes the credit. Holds grudges,” a Greenwich Time profile of Senator Chuck Schumer declared. “Here is the new book on Chuck Schumer: Made for this moment. Bipartisan strategist. Ambassador for the president in the Senate. Consummate legislator. Broad, deep agenda. Gracious and considerate to his friends.”

At noon today, Council Speaker Christine Quinn will deliver her State of the City speech. Here’s the report it will partially be based upon:
[scribd id=124904163 key=key-1o9ga9sx272oh3qcrzxp mode=scroll] 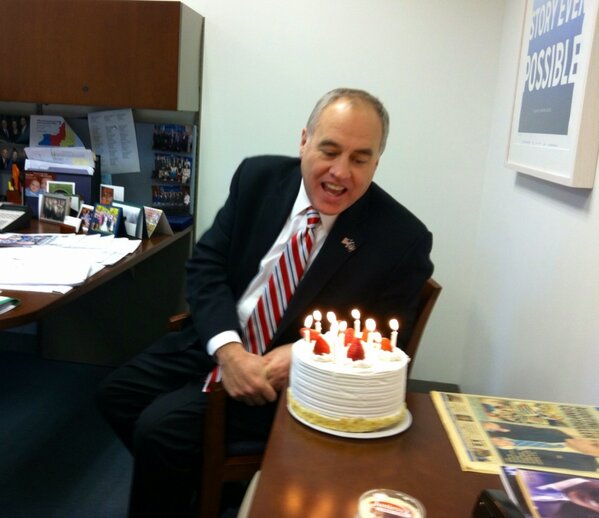