Hey ladies. You know, on this very special Valentine’s Day, you’re not looking for a dozen roses or a bear holding a box of chocolate. You’re not looking for hearts, or balloons, or even a book of homemade coupons offering “I O U = One (1) Free Massage During a Screening of Crazy, Stupid Love on Our DVD Player (Your Choice, Non-Transferable).”

No girl, what really gets your motor running (pun intended) is to have artist/actor/Grand Marshal for the Daytona 500 James Franco show you the collection for his latest installation exhibit in Berlin, “Gay Town.” “This one is based on how much I hate people only recognizing me for my work in Spider-Man.” “This one is about how mad I am that Kristen Stewart cheated on R-Patz whilst filming Snow White and the Huntsman.”

According to the press release, Mr. Franco’s work touches on “a variety of themes that are central to Franco’s artistic practice, mainly issues related to adolescence, public and private persona, stereotypes and other societal concerns such as society’s preoccupation with celebrity,” and that they were conceived “in hotel rooms, makeshift studios and other temporary locations whilst completing other projects, mainly motion pictures.” So basically, he’s doodled a bit while in between his other projects, and now these doodles get to be considered their own project–as some sort of commentary on the “metacelebrity” moment that Franco finds so compelling as it relates to himself, and apparently “K-Stew.” 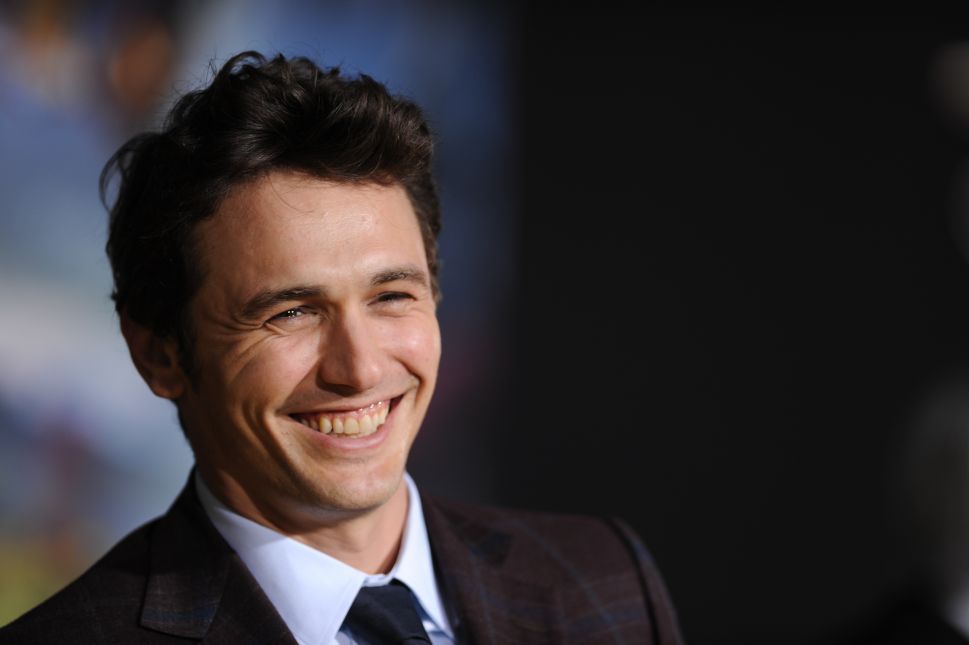