New Jersey Department of  Heritage and Tourism  Director Eric Slutsky announced today that the  State of New Jersey will be purchasing the childhood home of Bruce Springsteen.

“The funds will be coming from New Jersey’s Open Space tax,” said Slutsky. “I cannot think of a better use for New Jersey funding and to make sure The Boss’  childhood home never gets torn down and is turned into a museum.”

The Federal Emergency Management Agency Director William Craig Fugate turned down Slutsky’s request that funds for Hurricane Sandy  could be used to purchase the home.  “He sent me a letter stating that it was not an appropriate use of federal funds, but I think it’s because he is from  Florida and did not actually know who Springsteen is.”

“I was living in a small house Long Branch, New Jersey, up the coast from Asbury,” Bruce Springsteen’s narration says over super-8 footage and photos in the opening moments of the 2005 documentary “Wings for Wheels: The Making of Born to Run.” “One day I was playing guitar on the edge of the bed working on .some song ideas and the words ‘born to run’ came to me.” Later in the film, Springsteen revisits his former home where he wrote the album’s title track, and “Thunder Road” and “She’s the One.”

That small Long Branch cottage has just been listed for sale with Keller Williams Realty,  and the price for what could be called the ultimate Springsteen collectible is $349,000.  Isn’t that a little pricey for state with a great deal of debt?  you may ask.

“We plan to make the house a centerpiece for the revitalization of the Jersey shore,”  finished Slutsky.  “And the governor himself will be negotiating with  the realtor from Keller Williams… so I think he’ll bring the price down to something more… reasonable.”

SPECIAL NOTE FROM THE AUTHOR: This article is a satire of the news. Or maybe it’s a parody of the news. I forget the difference between the two sometimes. But, I know it’s not ‘irony’, or ‘metaphor’, or ‘simile’ since I took 9th grade English from Mrs. Lewart in 1970 in high school, and she taught me good. Or taught me well.

But, it’s definitely not ‘true’. Sorry for any inconvenience to the Keller Williams Realty realtor, the governor, anyone named  ‘Eric Slutsky’ or Mr. Springsteen. 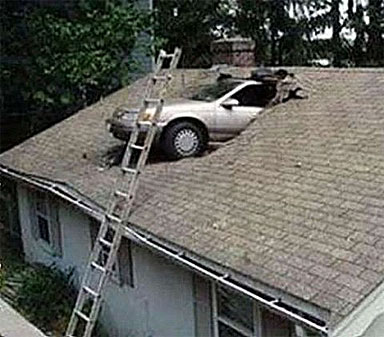