— The 100-Artist Establishment,
— The 50-Artist Next Generation,
— Anthony Haden-Guest considers the phenomenon of the art star,
— Andrew Russeth imagines 2013 in 2033 and…
— …visits the College Art Association conference to consider the role of criticism today and
— the market weighs in.

Why an Issue About New York Artists?

With New York going into art fair mode—the spring brings the ADAA Art Show, the Armory Show, Frieze New York and dozens of satellite events—we thought it was a perfect time to throw the spotlight on the city’s artists. (The year 2013 is, after all, the centenary of a watershed moment in the history of avant-garde art in New York, when the city first encountered artworks by the likes of Marcel Duchamp in the first Armory Show.) These days, with the heyday of the so-called New York School long gone and the freewheeling Soho of the ‘70s far behind us, the concept of a New York artist seems like an odd, antiquated one—“How do you even define that?” a colleague asked. It’s almost a requirement of making art today that you are prepared to go global—many artists spend the lion’s share of their time shuttling around the world, from festival to exhibition to fair, from Beijing to Basel to Venice to Rio to London to Berlin to Miami to Kassel to Los Angeles.

Then there is the problem of lists. Lists, we are well aware, make people angry. By their very nature, they exclude. Ours (“The Establishment,” “Next Generation,” and the emerging artists discussed in Andrew Russeth’s essay “2013 in 2033″) are, needless to say, not definitive; they merely constitute a snapshot of the wealth of artistic talent in New York at the moment. “The Establishment” looks at 100+ artists who have contributed to the New York scene for many years. Most of the 50 artists on “Next Generation” were born in the 1970s; some of them have already had their first major museum exhibition. Russeth writes about less-established, and predominantly younger, New York artists in an article that, riffing on the New Museum’s current “NYC 1993″ exhibition, imagines what would be in a group show called “2013″ taking place in 2033. Anthony Haden-Guest considers what it means today—and what it has meant in the past—to be an art star, and how the art world converged with celebrity culture. In a report on a panel discussion that took place at the College Art Association conference last week, Russeth looks at the current state of what has traditionally been a main avenue by which artists achieve art-world endorsement: art criticism. Michael H. Miller profiles Anthony McCall, a British-born artist on our “Establishment” list who started making his light installations in the 1970s, but has only found a wider audience for them over the course of the past decade. Finally, a graph uses auction results to tell us how the cold eye of the market would determine the “top 10″ artists from our list.

As for our methodology in choosing which artists to include here, we wanted to highlight those who not only live in New York but are, sometimes in ineffable ways, associated with the city. We made the tough decision to leave out some artists who loom large in New York’s art-consciousness but who have long lived elsewhere, like Jasper Johns, who works in studios in Connecticut and St. Martin. And Ellsworth Kelly, who lives and works just south of Albany. And Jenny Holzer, who is in Hoosick Falls, N.Y. And Jim Dine, who has hopscotched among New York, Walla Walla, Paris and Vermont. And James Rosenquist, who mostly works in his studio in Aripeka, Florida. We did, however, include Richard Prince, whose studio is upstate (and who is in many ways very identified with upstate) because we count having a Manhattan bookstore as an artistic activity. We also included Lynda Benglis, who maintains studios outside New York (including in Greece and India) and Francesco Clemente, who has studios in Rome and Madras, India. We had to place some limits, and so found ourselves leaving out artists who have made a major change in their practice, like Vito Acconci, who in recent years has switched mainly to making design objects.

We’re in a Venice Biennale year (the 55th edition opens in June) and much of the art world has that not-yet-released list on the brain—who will make it into the show? Our list isn’t like that. Suffice to say, we understand what may be your distaste for lists, dear reader. We find them distasteful in many ways, too. The essayist William Hazlitt wrote “On the Pleasure of Hating.” Think of it this way: with our list, we have at the very least given you something new to hate. 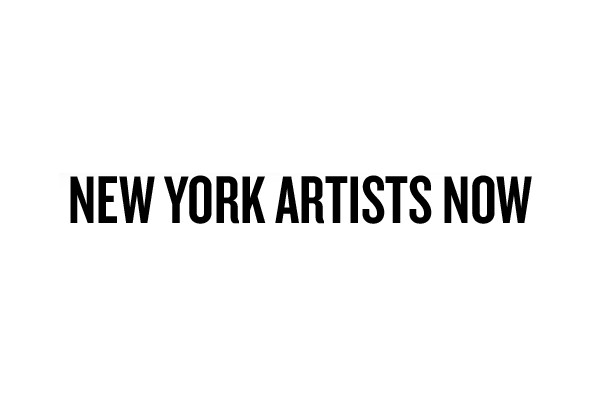