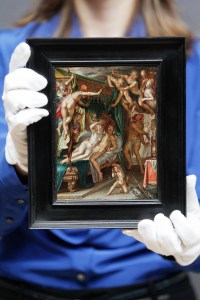 In her Financial Times column this week, Georgina Adam solicited some art world opinions on Christie’s decision to raise the price points at which buyer’s premiums begins to decrease (it’s now 25 percent up to $75,000, up from $50,000, with other similar changes at other levels).

And here are those opinons:

“Art dealers are incensed at the increase. Dorsey Waxter, the new president of the Art Dealers Association of America (ADAA), said: ‘Everything is going on the buyer, and you have to add taxes here in New York as well; it’s a big hike.’ London’s Helly Nahmad, who with his dealing family are big buyers at auction, said: ‘This is a big jump, particularly in the middle band. It is making auction [sic] look increasingly unattractive, and it will be a drag on the market.’ But collector Frank Cohen was more resigned about its impact. “When you add in premium, VAT, artists’ resale right … you can be looking at over 30 per cent on the hammer price,’ he said. ‘I don’t think it will make any difference, collectors will just have to pay more.'”

Incensed seems a little strong. The first quotation is a statement of fact, the second, a vague worry about a part of the market that the Nahmads largely ignore. The collector, ostensibly the loser here, is fine with it. People were angrier when Netflix rates jumped.

It’s possible that this is the art world doing its standard “I’m rich, so I’ll always be fine” thing. Sotheby’s says it’s still considering whether or not they’ll make a similar move.