The congressman issued a statement hours after Christie told residents during a Montville town hall that “there’s no excuse for both sides to be fighting the way they are,” he said, arguing President Barack Obama’s poor leadership is to blame.

“Instead of throwing partisan punches and tying himself to the true believer wing of the Republican Party by blaming the president for the sequester, the governor should be talking sense into his allies in Congress,” Pascrell said.

“Governor Christie’s work ethic and success before, during and after Hurricane Sandy deserves applause without equivocation. I have expressed that to the governor face-to-face,” he said. “Consequently, the governor should know better than anyone the damage the sequester will do to our state, especially since it’s going to chop off $3 billion from the Sandy aid we fought together so hard for earlier this year.”

Pascrell made an appearance in Moonachie earlier this week where he told reporters in a storm-tattered borough hall that lawmakers willing to allow sequestration cuts to go into effect are willing “to bring the country to its knees.”

The congressman said during the Monday news conference he had not spoken to Christie about lobbying Congress on avoiding sequester, but explained the Garden State’s governor “knows what’s at stake.”

A governor spokesman did not immediately return a request for comment. 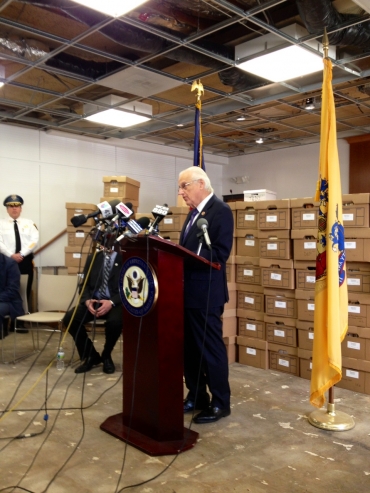