CEDAR GROVE – It was a gathering of good and dear friends, whose commitment to public service, to hear them tell it, eclipsed the rather shallow designations of political parties and the dimmest suggestions that 2013 is a gubernatorial election year.

“You worked with President Obama and Congress to secure $60 million in Hurricane Sandy relief. We all know you will continue to rebuild,” Democratic Essex County Executive Joe DiVincenzo told GOP Gov. Chris Christie.

“Of course, your bipartisanship started right here with Speaker Oliver and Senate President Sweeney,” he added.

Oliver and Sweeney looked on from the front row in the enormous packed room at the Essex County Hospital Center.

As DiVincenzo and the governor fell into a bear hug, the room gave Christie a standing ovation, the second one in the span of three minutes.

The first occurred when Christie entered.

At the microphone, the governor retreaded a speech he delivered on the Washington, D.C. Chamber trip, about how 40,000 families displaced by last year’s storm still don’t have homes, deprived forever of those mementos “no amount of government help will be able to replace for those folks.”

He subbed in Sweeney and Oliver for the county version of his remarks, replacing the federal plug-ins of U.S. Senators Bob Menendez and Frank Lautenberg.

“Holding a public office is a public trust and a great responsibility, which is why I’m so proud to serve with Steve and Sheila, two people who have always put the needs of people first,” said the governor.

The event had a very clubby feel as the governor dispersed hugs and kisses all around. A source close to county government told PolitickerNJ.com the governor is at this moment helping the county executive finesse seven or eight county projects.

Midway into DiVincenzo’s speech on the state of Essex County, there was a rustle in the back of the room, and when the crowd parted a man appeared and made his way up front to the VIP section.

Emcee state Sen. M. Teresa Ruiz (D-29) introduced a “genuine legend,” former Gov. Brendan Byrne, who rose and waved to the crowd, which after the back-to-back standing ovations for Christie, stayed in their seats.

It wasn’t the only Cedar Grove event the governor attended tonight.

While DiVincenzo enumerated his administration’s 2012 accomplishments, cops in rain parkas on the other side of town looked up grimly through the rain at bumper to bumper traffic on Route 23 backed up at Tulipano. 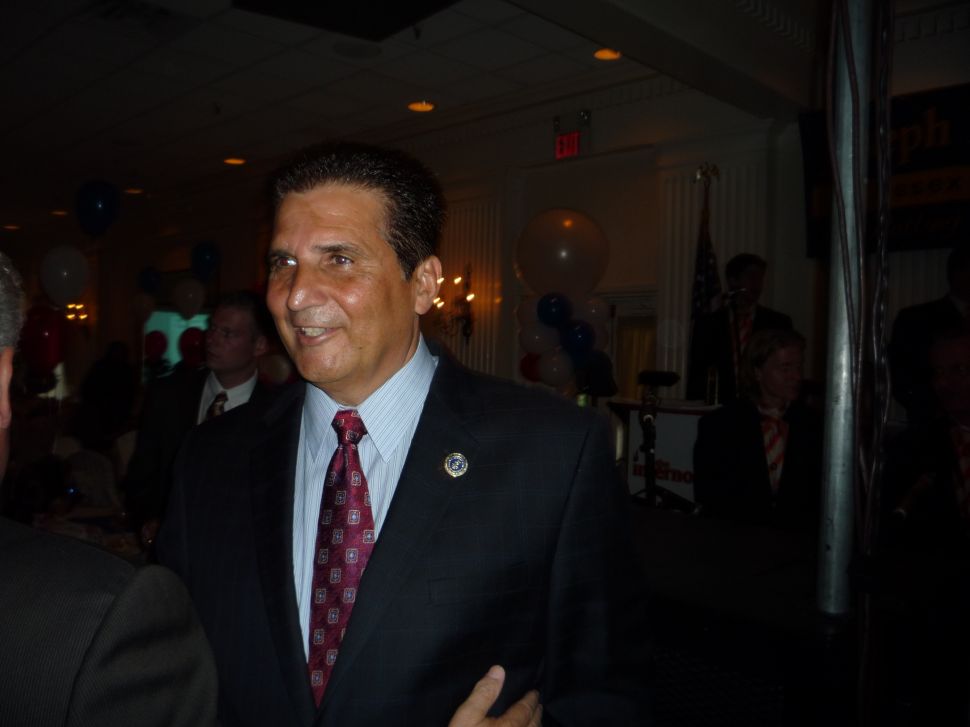