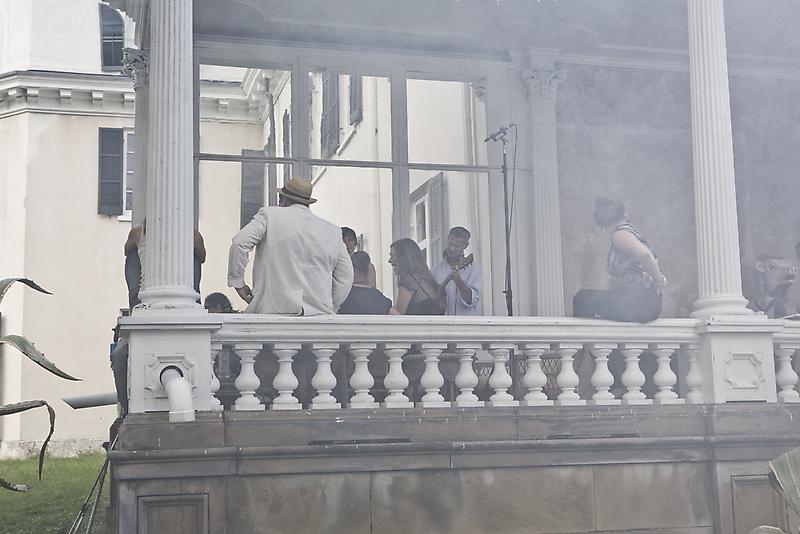 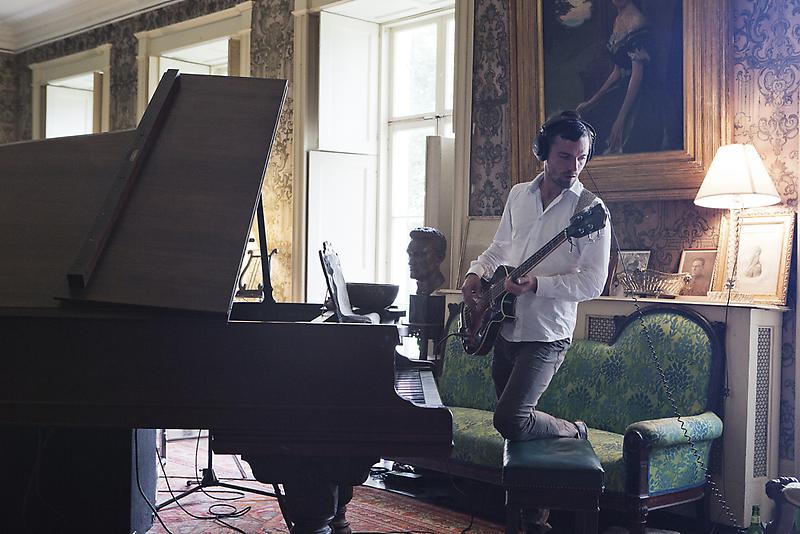 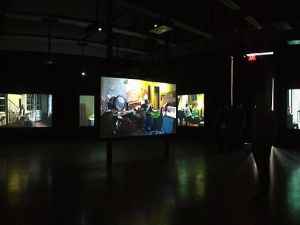 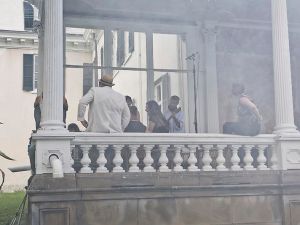 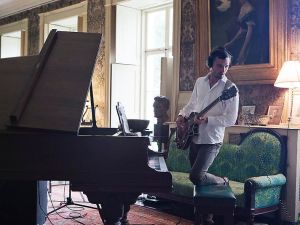 The wily Icelandic artist Ragnar Kjartansson spends most of his time on screen in his new film, The Visitors (2012), naked in a bathtub, holding an acoustic guitar. Sometimes he strums and sings. “Stars explode all around you / but there’s nothing you can do,” he croons, over and over. On eight more screens arrayed around the gallery, musicians—a drummer, a pianist, a guitarist and more—located in other rooms of a sprawling old house in upstate New York, join him. A large chorus is perched on a porch outside.

The folk song slowly builds—Mr. Kjartansson ably mans his bath faucets to help along the crescendo—and then falls to its denouement over the film’s 64 minutes. As in Bliss (2011), his 12-hour performance of the final aria in Mozart’s The Marriage of Figaro at the Performa biennial two years ago, the character of the music changes as it repeats, becoming by turns solemn, mournful and almost celebratory, but the lyrics, from a poem by the artist’s ex-wife, Ásdís Sif Gunnarsdóttir, dwell on loss. (Mr. Kjartansson and musician Davíð Þór Jónsson, a frequent collaborator of his, arranged the music.)

It is mesmerizing and moving to wander around the installation, observing these lonely performers in their respective rooms as they listen to each other’s parts through headphones, coming together into a greater whole.

When video art becomes so polished, accessible and large-scale (an increasingly prevalent mode for the medium), it risks becoming a gimmick, a kitschy leap for sublimity, but like fellow gallery artist Guido van der Werve, Mr. Kjartansson, is a smart, understated showman, and he finds unpredictable ways of keeping his work grounded: musicians break and share a drink as others continue, and an amateur cannoneer outside threatens disaster.

Eventually they walk away from their instruments one by one, pop a bottle of wine and wander outside into the sunlight and the hills, still singing. Visitors to the gallery, however, are likely to want to remain inside for a few more rounds. (Through March 16, 2013)