MSNBC host and civil rights activist Reverend Al Sharpton released a statement this morning reacting to former Mayor Ed Koch’s death. In his statement, Mr. Sharpton noted he eventually came to “understand Koch,” though he was initially a staunch critic of the mayor and received his “first arrest” protesting the Koch administration.

“I am saddened to hear of the passing of former Mayor Ed Koch,” Mr. Sharpton began. “Throughout his twelve years of being mayor, I was one of his most vociferous critics. In fact, my first arrest was leading a sit-in on him about summer jobs for youth in 1978. We later united and worked together around the country in a national campaign for nonviolent drug offenders to give them a second chance in life, and we ended up getting to know and understand each other.”

Despite describing how he eventually worked together with Koch, Mr. Sharpton said they still had their share of disagreements in the former mayor’s later years.

“Although we argued about everything from my marching in Bensonhurst, to Florida and Trayvon Martin, and although we disagreed on politics from his views on President Obama to other matters, I have found that he was never a phony or a hypocrite,” said Mr. Sharpton.

“He would not patronize or deceive you,” Mr. Sharpton said. “He said what he meant. He meant what he said. He fought for what he believed. May he rest in peace.” 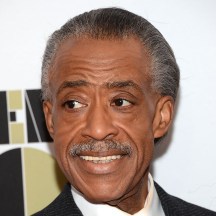