“It’s not my interest to run for the U.S. Senate,” said Rice, head of the Legislative Black Caucus. “My mission is here in the state. I’m a 7-day, 24-hour person, a grass-roots person. I’m a local guy, a boots on the ground guy.

“I do believe there are others out there who would be good,” the senator added.

“She would make a good candidate for a lot of different reasons,” Rice said. “She’s grown over the years. I think Dick Codey would make a good senator. There are others in the Legislature but to date they have not expressed interest. (Frank) Pallone is a reasonable person who understands the role of senator.”

“The Booker thing is hedge fund and Wall Street,” said Rice, who ran against Booker in the 2006 mayor’s race and lost. “That’s what Booker was here for from the beginning. Booker is certainly not a mayor, but he’s not a senator either.”

“I’m running for re-election to hold this governor accountable,” he said. “We are regressing in terms of progress we have made, with Democrats rubber-stamping Christie’s agenda. The people of New Jersey have to be smart enough to see through the money, with Christie and Cory.” 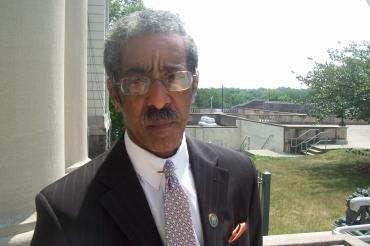