Standing on Sixth Avenue and peering west down 26th Street, one is greeted with a familiar Manhattan sight: a sheer wall of buildings, flanking the street on both sides. But look a little closer, and a gap emerges in the street wall at 125 West 26th Street, with the blank brick walls and sparsely-placed, unadorned lot line windows of the neighboring pre-wars peeking out from the sides.

This wouldn’t be unusual if it was an empty lot—something a developer was sitting on until the time was right to build—but approaching the gap, it becomes clear that there is already a building there, and a tall one at that—a Holiday Inn. It just doesn’t meet the sidewalk.

Tall, narrow, strangely setback hotels have been sprouting like weeds across the lower half of Manhattan these last few years, their builders rushing to fill the city’s seemingly insatiable demand for hotels of all kinds. In 2011, developers added 4,404 new hotel rooms to the city’s existing 74,025 rooms, according to The New York Times. At 5.9 percent, it was the highest annual increase on record.

Which explains the hotels, but why are they all set back from the street wall, sticking out like sore thumbs and violating a central tenet of good urban design?

According to Robert Cook, a land use attorney at Anderson Kill & Olick, the decision by developers to build these odd-looking towers is driven, like all things real estate, by two considerations: economics and zoning.

“From the owner and developer’s perspective, it’s much less expensive to build and maintain a building that goes straight up,” Mr. Cook told The Observer, “and this is particularly important for hotels, because they can get a cookie-cutter layout on each floor. This way, they don’t have to work around the issues of where the core is going to go,” as they would if the building has a setback above a certain height.

The crux of the zoning issue is the Department of City Planning’s rules about what is known as the “sky exposure plane.” When a building rises straight up from the sidewalk, the architect must often set the building back on floors higher than 85 feet, or about eight stories—something that hotel builders worried about costs are loathe to do, as it would require different floor plans above the setback.

To get around this restriction, builders can use what’s known as “tower regulations.” Builders are allowed to violate the sky exposure plane, Mr. Cook explained, so long as the structure doesn’t occupy more than about half the lot and the base of the building is pushed back at least fifteen feet from the sidewalk (or ten feet on wide streets). In other words, developers can build straight up as tall as they’d like, without having to vary the size of the building’s floor plates.

Buildings using tower rules (or another called the “alternate front setback” rule, which mandates a similar gap between the sidewalk and the structure) can also sometimes qualify for the “plaza bonus,” which allows structures to have more floorspace if they include a public plaza in front of their buildings. These plazas have largely fallen out of style among urban designers, but the incentives to build them remain in effect in New York City’s 1961 zoning code—a code which has been tweaked in the intervening years, but never fully overhauled and replaced. 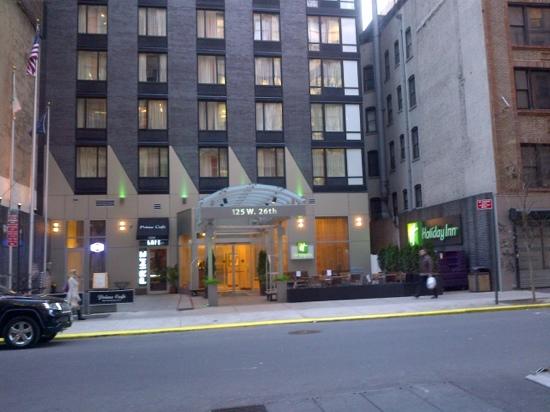