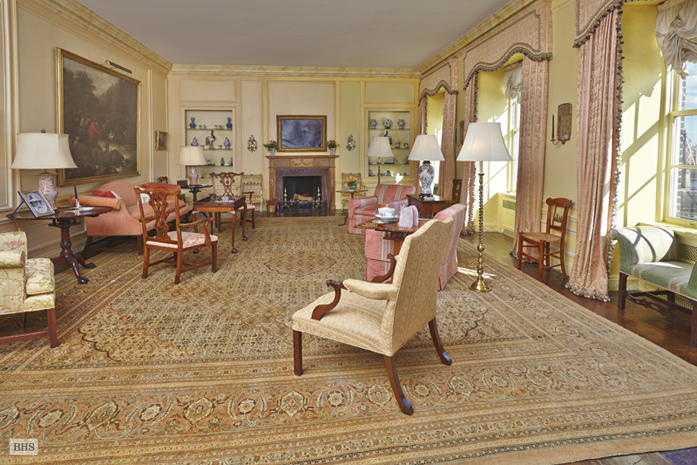 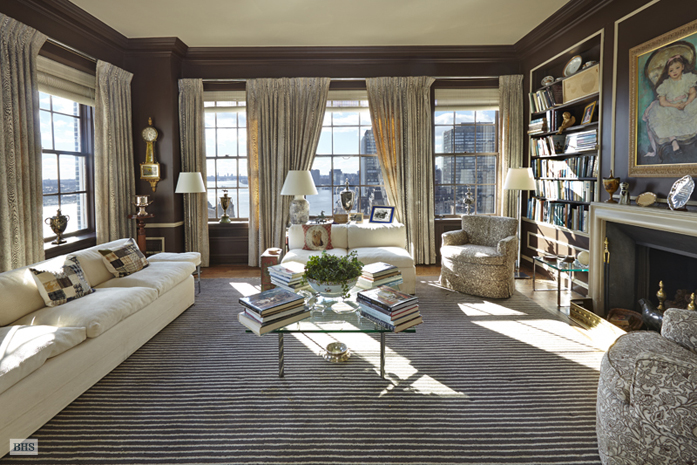 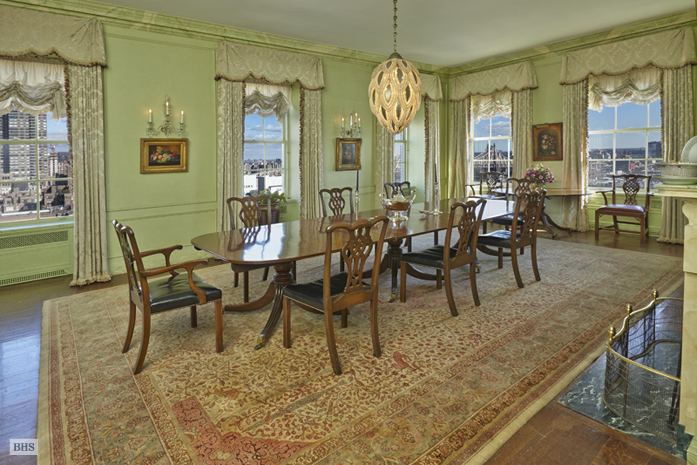 We hope you know all your spoons and forks if you're eating dinner at this table.
kvelseyobserver 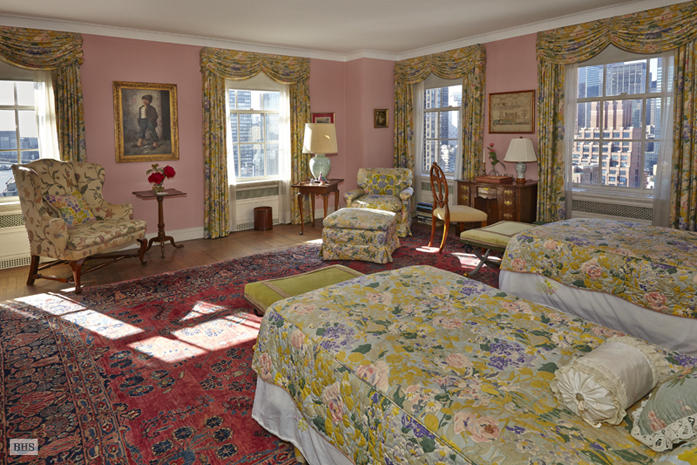 One of the bedrooms is currently used as a sauna room, according to the listing. Not this one.
kvelseyobserver
Advertisement 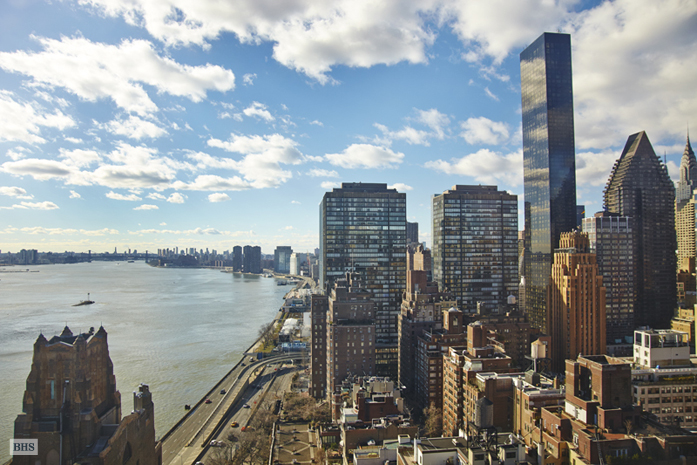 River House may not be in the most fashionable location, but can you beat this view?
kvelseyobserver 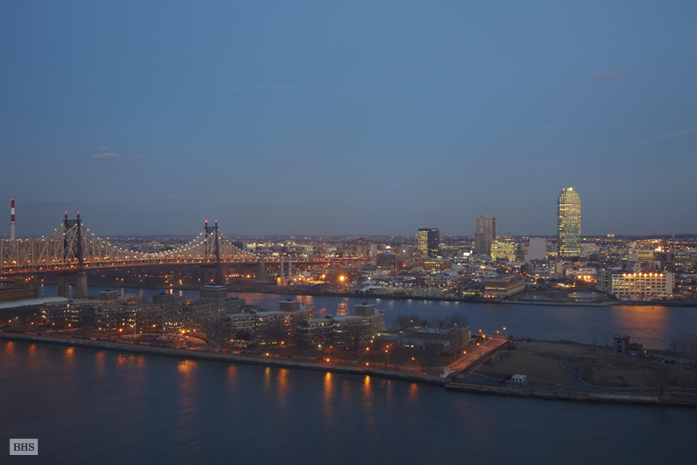 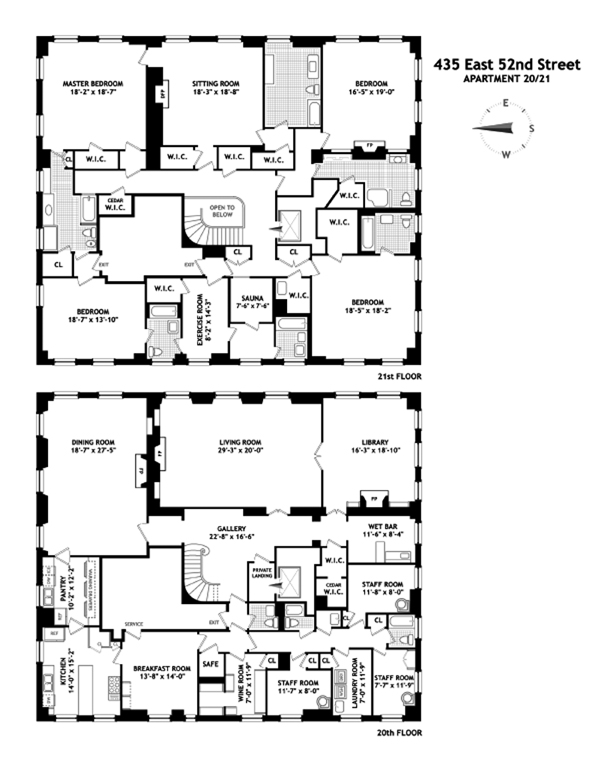 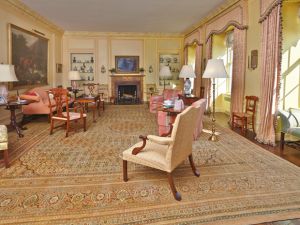 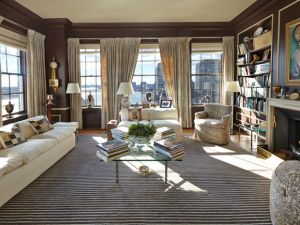 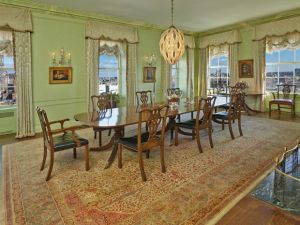 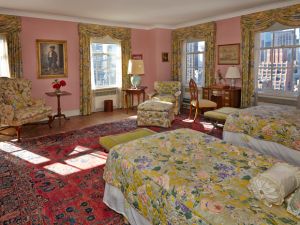 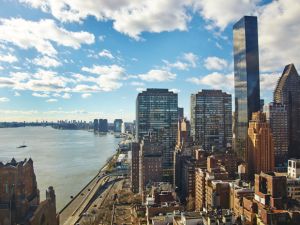 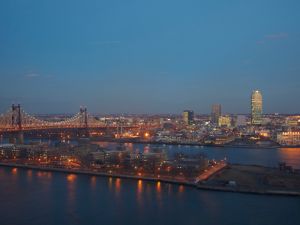 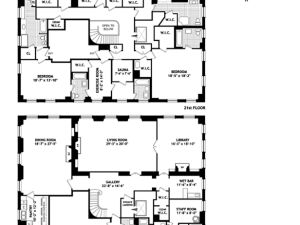 In the world of Manhattan co-ops, River House is the dowager queen: beautiful, powerful and regal, but not as beautiful, powerful or regal as she once was. For years, she has clung to her hidebound traditions—her exclusive club within a club, her distaste for all but the most financially-secure and publicity-averse residents, her refusal to let the building’s esteemed name be mentioned in conjunction with a sales listing—even, or perhaps especially, as her grip on the wealthiest, most influential sliver of Manhattan residents has slipped.

But now the Has Been, as this salmon-colored paper once crowned her, is finally making an attempt to reclaim the throne, Manhattan real estate chronicler Michael Gross reports. Mr. Gross, who recently penned an article in Avenue about the grand dame and her underpriced units, noted that one of River House’s apartments—a 16-room duplex in the tower—just came on the market asking $25 million.

The other listings in the building—there are at least 13, which is rather embarrassing for a co-op that made its reputation by being impossible to get into—are all priced between $3.5 million and $12.5 million. No apartment has ever broken the $15 million mark. Which is shocking considering the undistinguished, cookie cutter condos that are asking, and getting, higher prices than that these days. Still, it’s not as though River House or its sellers could be accused of low self-esteem. No, they were cowed into reducing their expectations slowly and painfully after their units languished on the market. One 14-room apartment even halved its $15 million asking price to $7.9 million between 2010 and 2012 (oh, the shame of it!).

It is, for example, “easing” the outright ban on open houses and rescinding the rule that residents not mention the building’s name in listings or the press. Moreover, the River Club, an establishment so exclusive that residents had to apply separately even after getting past the fearsome co-op board, has now opened some of its facilities to shareholders: the garden, its restaurant, room service. Realizing, perhaps, that without membership in the River Club, living on a cul-de-sac by the East River can be a little isolating.

None of these changes are radical, of course (what would One Sutton and One Beacon think?), but they are changes. The co-op that daren’t speak its name is now whispering. On occasion. To a few select people.

Indeed, Brown Harris Stevens broker Caroline Guthrie boasts about the tower duplex being located in “the legendary River House” in the first sentence of her listing. And the apartment, which belonged to the late Betty Evans, is so glorious, so graciously laid-out and so flooded with eastern light that if any unit can turn River House’s fortunes around, this would surely be the one.

Sure, 15 Central Park West might command much, much higher prices. And it might have all the latest conveniences, including a condo board with more liberal admittance policies, but do any of its apartments have a bar room? We haven’t heard of one. Perhaps Mr. Gross will consider writing a book about River House after he finishes his upcoming tome on the Stern/Zeckendorf collaboration.