A jury returned a guilty verdict against Salahuddin, 61, and Cooper, 69, following a five-week trial in October 2011. Salahuddin and Cooper were both convicted of one count of conspiracy to extort under the color of official right. They were each acquitted of one count of attempted extortion under the color of official right, and two counts of bribery. Salahuddin also was acquitted of an additional count of bribery. 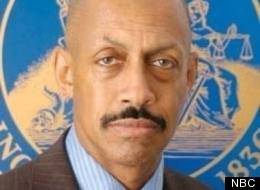