MOONACHIE – Federal lawmakers willing to allow sequestration cuts to go into effect are playing a dangerous game and are willing “to bring the country to its knees,” says U.S. Rep. Bill Pascrell Jr. (D-N.J.).

Pascrell spoke inside Moonachie’s storm-tattered borough hall Monday as the March 1 deadline for the $85 billion in across-the-board spending cuts approaches.

The sequester mandates nearly $1 trillion in cuts from defense and nondefense spending over nine years.

“They play with bankruptcy and our ability to pay our bills,” Pascrell said.

“This is nothing short of a fiscal hurricane,” he said. “These damaging cuts will have a devastating impact.”

Under the cuts, the recently passed Superstorm Sandy aid package would be reduced by $3 billion and would eliminate federal assistance for more than 10,000 storm-damaged homes and small businesses, the congressman said.

Pascrell warned the cuts would have wide-ranging effects and would also hurt middle-class residents across the country.

“These cuts will have wide-ranging impacts on all sectors of our economy,” he said, adding hundreds of thousands of jobs across the nation could be slashed and the economic recovery could sputter.

“We have failed the country again,” he said, declaring the country “is at stake with partisan politics.”

Pascrell was joined by local officials inside Moonachie’s borough hall, which is months away from being operational again after suffering damage from Sandy.

“What people don’t understand is how it affects everyday life,” said Moonachie Mayor Dennis Vaccaro, speaking about the sequestration cuts.

“I want to say it’s politics at its worst,” he said, adding lawmakers are “playing politics with peoples’ lives.” 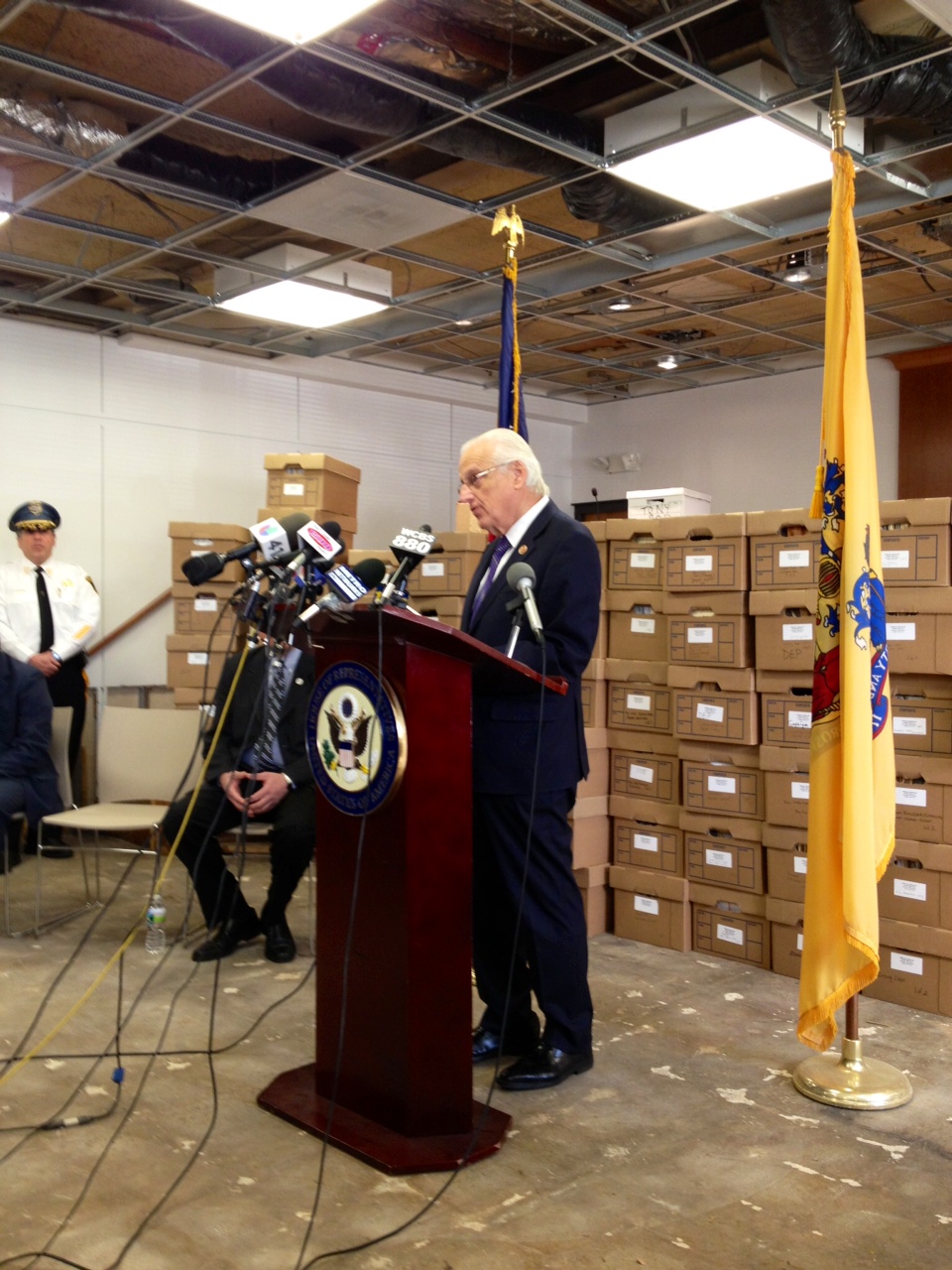