According to a Christie source, the governor raised about $500,000 for his re-election bid, putting his war-chest well over $2.6 million.

“It was a mob scene,” a Republican source told PolitickerNJ.com.

There were at least four rooms packed with the governor’s supporters.

The general admission crowd paid $300 per head to get in the door and into the big room. 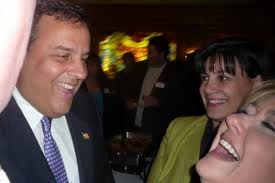