Romano was the highest vote getter in last November’s general election but lost the subsequent runoff against Ruben Bermudez.

A longtime Republican, Romano is fed up with the GOP, a source told PolitickerNJ.com.

The former mayor’s plans may or may not have something to do with a Feb. 28th event scheduled by the Democratic ticket of state Sen. Jeff Van Drew (D-1) and his running mates, Assemblymen Nelson Albano and Matt Milam.

In an email obtained by PolitickerNJ.com, the trio promise to deliver “an important announcement about a change to our team.”

The event is schedueld for the Cosmopolitan Restaurant in Vineland, Romano’s hometown.

Speculation that Romano might get swapped in for the one of the incumbents percolated, but a source close to the event said Romano wants to run for Cumberland County Freeholder.

Still, that did not stop the buzz from continuing about the future plans of Van Drew, a South Jersey star who told PolitickerNJ.com last year that if he runs again he is committed to running as a Democrat.

The incumbent senator has given South Jersey sources no indication that he intends not to run for re-election this year. 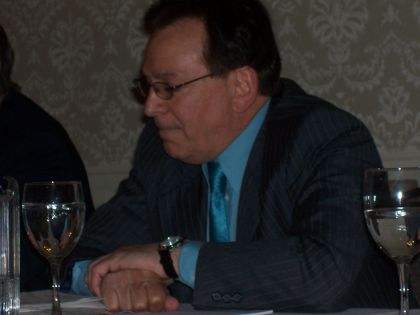