A former Harrison Township deputy mayor, Trunk works for the Office of the State Comptroller in the Medicaid Fraud Division.

She initially ran and won her seat in the 2007 municipal election.

After winning re-election, Trunk gave up her committee seat in 2010 to go work for the comptroller’s office, according to the Gloucester County Times.

She has since moved to Salem County, and lives in Sweeney’s district.

Gloucester County Freeholder Larry Wallace is also in the LD3 mix – possibly for an Assembly seat, a source said, but it is not yet a done deal.

Sources say state Senate Minority Leader Tom Kean (R-21) was working the back chambers during the Walk to Washington and very pleased with the notion of a candidate Trunk.

Part of the GOP strategy is to recruit solid women candidates for Gov. Chris Christie to campaign with in key districts, a Republican source told PolitickerNJ.com.

The model has accelerated with the news first reported by PolitickerNJ.com that state Sen. Barbara Buono (D-18) is the likely Democratic Party nominee for governor.

An internal memo of Kean’s shows the Senate minority leader sees both districts 1 and 3 as “6% GOP vote growth” possibilities and therefore winnable with Christie at the top of the ticket.

“With the successful re-election of our 16 Senate Republicans, these five seats alone (1, 2, 3, 14 and 38) are enough to build a new majority,” wrote Kean. “These are districts that, even in non-gubernatorial years, should remain realistic targets for Republicans with enough campaign resources.”

Contacted for comment, Sweeney called Kean’s machinations “Alice in Wonderland,” and challenged Kean to target him as a way of freeing GOP attention from true battleground districts. 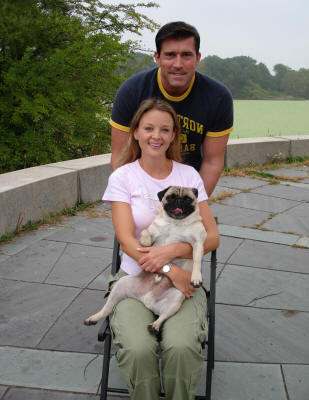