The chairs want Albano to post the letter on his official state web site so residents can read it and hold him fully accountable for its contents.

On his way to the Statehouse, the assemblyman claimed Trooper Randy Pangborn last February “refused to accept his temporary vehicle registration, requested backup, and had other troopers box in his car,” according to a report in the Star-Ledger.

The chairs want the complete letter, which Albano wrote on legislative office letterhead.

“The public deserves full and complete disclosure from Assemblyman Nelson Albano on this matter,” said Donohue and Greco in a joint statement.  “Let us be clear: This isn’t about a traffic ticket, it’s about Assemblyman Albano abusing his power to try and get the State Trooper who rightfully ticketed him fired.

“Not only is it the height of arrogance for a politician to think they are entitled to special treatment because of their elected office, but it should send shivers up the spine of every citizen to think that a Trenton politician could threaten the job of a law enforcement official for simply doing the job they were hired to do,” the chairs added.

In response to a call to the LD 1 office for comment, Van Drew defended his running mate.

“Assemblyman Albano has been to hell and back,” the senator said of his ticket-mate, referring to a heart attack the assemblyman suffered last year in the same month that the drunk driver killer of the assemblyman’s son received parole.

“This is what they do,” Van Drew added, in reference to the Republican chairs. “It’s never about ideas or issues.”

A rock solid Democratic Party brand name who has long made a habit of breaking GOP hearts with his organizational discipline, Van Drew this year faces arguably his toughest challenge to date as he attempts to marshal his forces in a battleground district.

But sources say the battle-tested Albano appears ready to stay on the Van Drew team. It’s Van Drew’s other ticket-mate, Assemblyman Matt Milam, who is poised for departure, sources say.

Van Drew would not offer any insights into the press conference. He only said he expects it to be historic, and he expects his team to win in November. 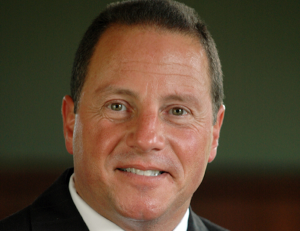