Sony Needs to Work On Keeping Secrets Although Sony is still only referring to it as the, “future of Playstation,” everyone knows that tonight’s press conference at the Hammerstein Ballroom in New York City will be for the reveal of Sony’s Playstation 4, codenamed Orbis. An image of the next generation system’s controller was leaked last week, and rumors of cloud and smartphone integration have been making the rounds. The traditional video game market–and Sony in particular–have been struggling financially (more on that below). Industry experts are hoping that a new gaming arms race between Nintendo, Sony, and Microsoft can reinvigorate game sales. The PS4 is rumored to have a November release date.

Because GIFs Need to Be More Complicated Vimeo is getting into the GIF making business, or at least the GIF-video making business, after buying mobile app Echograph last week. Echograph, created in 2011, takes a frame from a 5-second video on your phone or tablet and animates certain sections of the image to make a partially moving picture (think of it as a cross between Vine and GIFs). The app, which previously cost $2.99, will now be free as Vimeo takes over Clear-Media, the company which created Echograph, and moves its employees into their mobile division.

Changing The Game (Market) In another sign that people would rather play Angry Birds than World of Warcraft, Super Data released their first public figures on the digital games market, and to no one’s surprise, the market is doing pretty well, albeit in a very different way. Since January of last year, sales have increased 39 percent, or $960 million, but that figure doesn’t reveal the major changes that overtook the market in 2012. Whereas console, social media, and MMO (Massively Multiplayer Online) games previously lead the way, mobile and downloadable games are now at the forefront, with sales more than double their totals from last year.

Promoted Tweets Are Going to Get a Little More Personal As if you didn’t already hate those personalized ads on your Facebook, get ready for a similar experience on Twitter. The social media giant is releasing their advertising API today to specific clients and advertisers so that they can send more personalized and focused tweets to the over 200 million active users of Twitter. The move makes sense, considering the success of Promoted Tweets since its release in 2010, although this new API could face backlash from users in the same way that Facebook users retaliated when that site first began hyper-personalized advertising.

Outer Space Needs An App NASA will be hosting a meet-and-greet February 25 at AlleyNYC (500 Seventh Ave., 13th Floor) to discuss potential ideas for the space program’s April 20th International Space Apps Challenge, “a two-day technology development event during which citizens from around the world will work together to address current challenges relevant to both space exploration and social need.” The event is open to the public, so if you’re in the New York area and think your idea for an app would only really work in a zero-gravity environment, check it out.

Progress in Polyamory Valentine’s Day may already be far in your rearview mirror, but that doesn’t mean the flood of dating apps is anywhere near stopping, and one of the newest app’s in the dating sphere is Martini. A self-touted improvement of Grouper, Martini, which was released last year, “gives users more control over the group meetup experience. Instead of forcing groups on blind dates, we allow our users to make the very important decisions of who and where to meetup.” So if you and your friends were holding off on group dating because you thought you would all go for the same guy/girl, you now have no excuse. 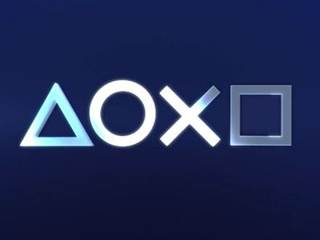