“The families of Newtown deserve a vote,” Obama said.

Christie earlier this month vetoed a minimum wage hike backed by Speaker Sheila Oliver (D-34). The governor conditionally vetoed Bill S3/A2162, which would have raised the New Jersey minimum wage to $8.50 per hour.

Obama wants to raise the national minimum wage to $9 per hour.

“I share the President’s commitment to common sense gun laws and background checks to help prevent senseless massacres of the innocent,” Menendez said in a statement. “An emphasis on job creation to continue to spur our economic recovery is critical. The President’s call for comprehensive immigration reform will move the ball forward on our efforts in the Gang of 8 to bring 11 million people out of the shadows and on a pathway to productive citizenship.”

“President Obama’s call to pass gun safety legislation, including my effort to keep super-sized ammunition magazines out of our neighborhoods, was an especially important, timely message,” Lautenberg said. “Gun violence survivors seated in the House Chamber, including my State of the Union guest Matt Gross, brought a human face to the scourge of gun violence, and we must act now to stop the bloodshed.  With the President’s strong commitment and the American people’s clear support behind us, I am confident that we can pass common-sense reforms that reduce gun violence and protect our families.” 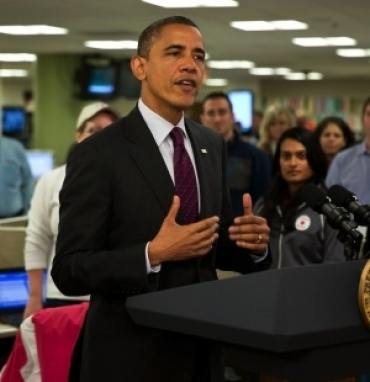