“You can cut it with an ax,” a source told PolitickerNJ.com.

They were never chummy to begin with, sources say – the ironworker from South Jersey and the governor’s son.

But the gap between spud wrench and croquet club has grown in recent weeks.

The ill will – no political secret by now – stems from Sweeney’s irritation over Kean’s plan to target Sweeney in this year’s general election, a devious plot, in the Senate president’s view, hatched by Kean in a break from Senate protocol.

When one of the leaders goes after another leader, there’s a way to do it – usually with a gentlemanly telephone call, a source told PolitickerNJ.com.

This time, that didn’t happen.

Irked by his GOP counterpart’s strategy to run a solid candidate against him, Sweeney continues to lash out at Kean, insisting that the Senate minority leader join him in calling on lawmakers not to take contributions from contractors and subcontractors involved in the state’s rebuilding effort in the wake of Hurricane Sandy.

A week before the two men are scheduled to jointly preside over a hearing on controversial Florida debris removal company Ashbritt, Sweeney hounded Kean with an email to the media depicting a milk box with Kean’s picture on the side of it demanding to know the Republican’s whereabouts.

The suggestion is Kean wants to run from Sweeney’s questions concerning his past acceptance of money from Conti, an Ashbritt subcontractor.

“He’s more than welcome to come at me,” he told state Sen. Jim Whelan (D-2) earlier this evening at Whelan’s kickoff event.

A few minutes later, Sweeney said he would spend “whatever it takes” to re-elect Whelan, who’s in a re-election fight with Republican challenger Sheriff Frank Balles.

But a Senate source said Kean’s recruitment of Nikki Trunk assuredly contains a commitment of cash contributions from the Senate minority leader, otherwise she wouldn’t have left her job at the comptroller’s office when PolitickerNJ.com reported on her incipient candidacy.

An internal caucus memo authored by Kean distills his belief that Republicans can win in District 3.

At the very least, a source told PolitickerNJ.com, Sweeney hates the idea of having to spend money on his own re-election effort, money that he should be using to re-elect other senators in battleground districts – conceivably men like Whelan, state Sen. Robert Gordon (D-38) and state Sen. Jeff Van Drew (D-1).

“If Steve loses someone because he was spending money on himself, that could make him look bad in the caucus,” the source said. “It could weaken him.

But he’s unwilling to simply play defense, a source said, and Kean can now expect to be assailed by his own LD 21 opponent, a Democrat charged up and ready to keep the minority leader pinned down in Union County.

“Several good candidates are in the mix,” the source told PolitickerNJ.com. 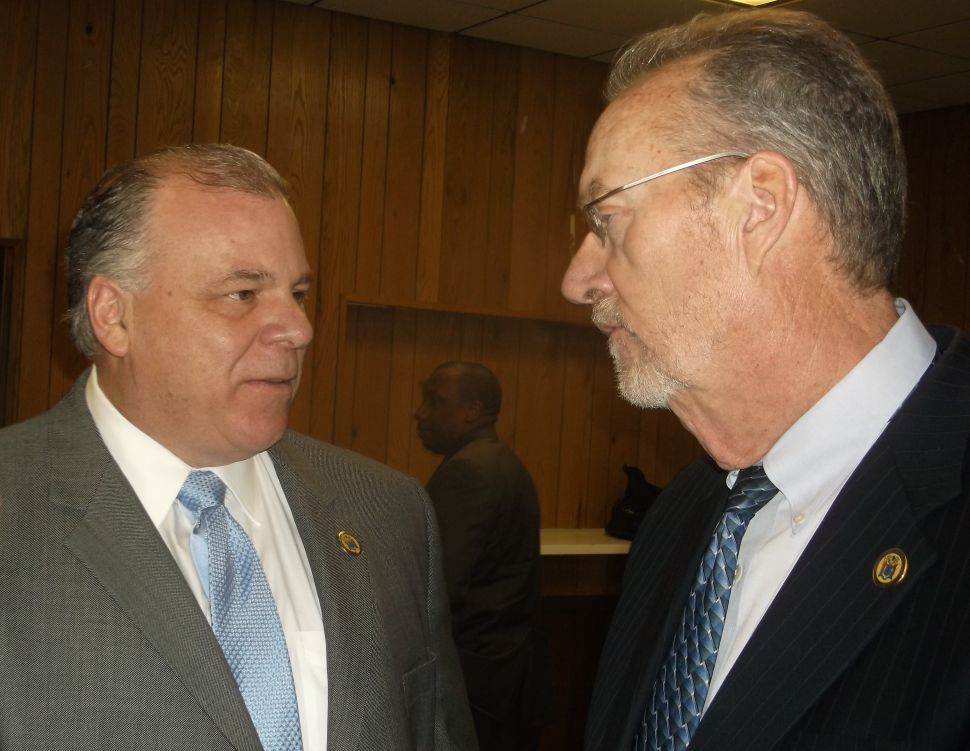