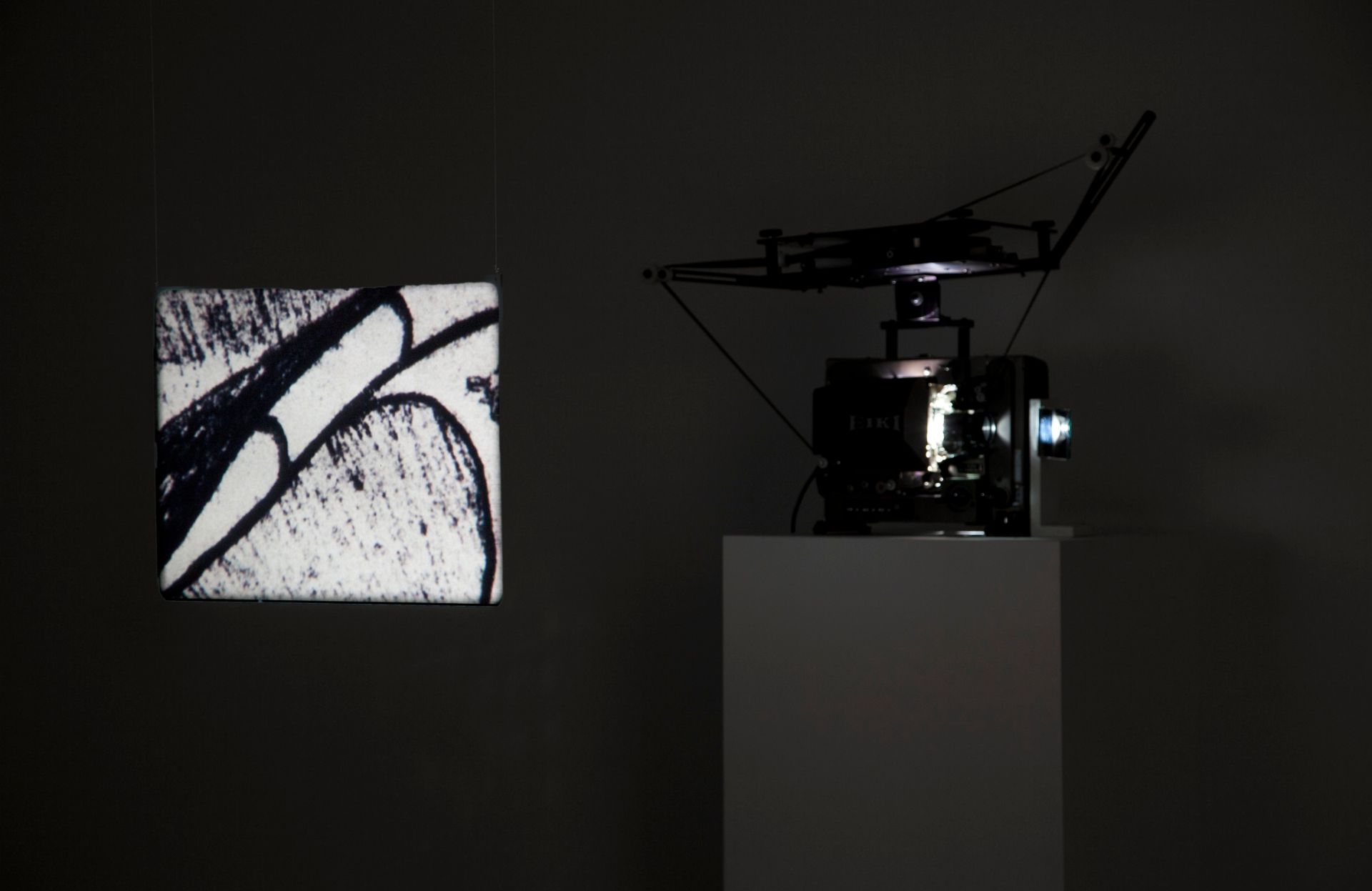 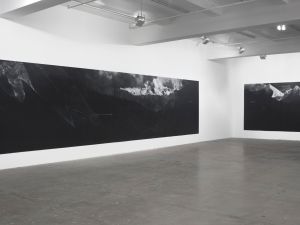 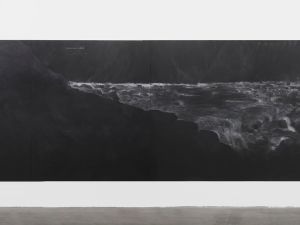 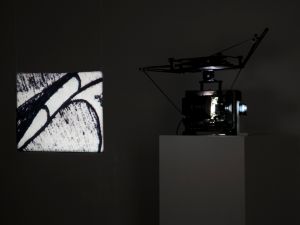 After a sterling though small show of her meditative film portraits at the New Museum last year, the British-born, Berlin-based artist Tacita Dean has returned to New York with awe-inspiring artworks that she made for the Documenta 13 exhibition in Kassel, Germany, last summer. These are drawings of the snow-capped peaks of Afghanistan’s mountains and the powerful Kabul River that flows down through them, made with no more than chalk on blackboard.

In Kassel, the panels lined the walls of a small two-story chamber in a former office building—mountains up top, river down below. There, the dramatic landscape had a weighty presence. Here, hung along the tall white walls of Marian Goodman’s two main galleries, their effect is airier, though the river looks no less fearsome as it gushes through the hills and over rocks and is buffeted by rain.

Ms. Dean has scrawled arrows and bits of text along the drawings, as if marking sketches for a film shoot: “Snow melting, river swelling, tension rising,” she writes in one piece, “flash flood” in another, which, save for a few whispers of chalk, is completely blank.

The show’s title, “Fatigues,” refers to Ms. Dean’s own exhaustion after completing a major commission for the Tate Modern, but it also hints at a military undercurrent. For more than a decade, Western soldiers have scoured these mountains, which have therefore weighed on America’s collective consciousness. She renders them as haunting forms.

A side room contains a 16mm film called The Friar’s Doodle (2010) and a lone chair. The camera tracks over the drawing of an interior, filming so close up that it’s impossible to picture the full space: stairs give way to abstract lines. It calls to mind an intelligence operative scanning maps or satellite images, trying to make sense of the mountains in the other rooms.

Ms. Dean’s exhibition asks profound questions—how do we come to know and depict a place, and how does that affect history?—with an economical grace. Outflanking an era and an art world addicted to spectacle, she’s created artworks that will continue to resonate. (Through March 9)