The Mayflower Madam opened the door to her New York apartment. Inside, it was clearly more Mayflower than madam. Old family heirlooms include an inlaid mahogany secretary, two 18th-century family portraits of children and a Dresden clock.

The former debutante Sydney Biddle Barrows, a scion of Philadelphia’s aristocratic Biddle family, has called this rent-controlled, $1,800-a-month, three-room Upper West Side apartment home since before her 1984 arrest for running a pricey prostitution service. Her guest had come early, so she was still wearing shorts and her glasses. “You always expect that extra 20 minutes to get yourself together,” she said pleasantly.

The settee on which the guest perched has sentimental meaning, too. “My girls used to sit on that sofa,” Ms. Barrows said nostalgically, as if having been in her former line of work were the most natural thing in the world. One cannot but marvel that Barrows still looks remarkably like she did when she burst on the scene at 32 as New York’s best-bred madam, appearing on the front pages of newspapers in handcuffs. When her Pilgrim lineage came to light, the tabloids had a field day. “It was very difficult when it first happened,” Ms. Barrows recalled. “I was used to people liking me, and all of a sudden there were people out there who didn’t even know me who disliked me.” The Social Register dropped her. Candice Bergen played her in a made-for-television movie.

An antique silver chest sits in the living room in front of a marble mantelpiece for a faux fireplace. “There is no other pattern like that,” she said of the custom-made silver flatware. It was created for her great-great-grandmother by Samuel Kirk, the famous 19th-century Philadelphia silversmith. “My mother didn’t want it,” she said. “How lucky is that?” Of a nearby grandfather clock she said, “Oh that,” waving dismissively, “I bought it myself.” Like any WASP worth her weight in single malt, Barrows sees buying one’s own furniture as tacky.

Since her headline-grabbing days, Ms. Barrows has reinvented herself as a marketing guru, a job quite in line with the talents she displayed in the early ’80s. Today, she is coaching businesses on how to attract clients and keep them coming back. Ms. Barrows’s clients span the U.S., Canada, Ireland and even Dubai.

“Dentists love me, for some reason. I don’t know why,” she said breezily. A Barrows dictum for dentists and gynecologists: paint clouds on your ceiling. “It gives people something to look at, creates an experience, and is different,” she said. On the side, she offers what she calls Roadblock Removal, a process for getting rid of the hidden emotions that hold us back. “I know it sounds like the 21st-century version of snake oil, but it really works,” exuded Ms. Barrows.

Sydney Barrows didn’t go into the escort business on a lark; she needed the money. Though her paternal grandparents had a huge house in the Philadelphia Main Line, her parents were divorced, and she grew up living with her financially strapped mother and maternal grandparents in Rumson, N.J.

“We ourselves had very little money,” she wrote in her 1986  autobiography Mayflower Madam, “but we did enjoy some of the trappings of old wealth.” Among them: magnificent parties at her grandparents’ estate, where she would help pass trays of hors d’oeuvres in a little apron made for her by the maid. During her senior year at Stoneleigh-Burnham, a Massachusetts boarding school, Ms. Barrows was expelled for sneaking off campus to attend a winter college weekend with a boyfriend. It was the last straw in a series of minor infractions.

When it was time for college, Ms. Barrows’s father informed her that her trust fund had been spent on boarding school. So Ms. Barrows put herself through the Fashion Institute of Technology, graduating first among the fashion buying and merchandising majors, then landed a job at the old Abraham & Straus department store, going from lingerie trainee to buyer.

According to Ms. Barrows’s autobiography, she was fired from her next job at a New York-based buyer for smaller stores throughout the country for refusing to participate in a kickback scheme. When her friend “Lucy” confided that she was answering the phones at an escort service in Midtown Manhattan, Ms. Barrows says she reluctantly signed on. It wasn’t long before her inner merchandiser told her she could do a better job than her boss. She was appalled by his exploitative treatment of the women who worked for him as well as his “terrible taste in clothes.”

“I started to channel my annoyance into a kind of competitive game: what would I do in this situation?” she wrote in her autobiography. The “fantasy” of owning her own escort service became “increasingly powerful” as Ms. Barrows realized just how much money her boss, for all his numerous faults, was making.

She and her friend Lucy decided to open up shop, and Ms. Barrows set about hiring the right women. She asked prospective employees to come for an interview “dressed as if your grandfather was taking you to lunch at ‘21.’” She regularly improved the taste of her “young ladies” through trips to Saks and Macy’s. She named her service Cachet, cleverly chosen to weed out men who couldn’t pronounce it.

As detailed in Mayflower Madam, Ms. Barrows’s employees were told to read Time and Newsweek and watch 60 Minutes. They were forbidden to drink hard liquor—only wine, champagne or a kir royale. The dress code: elegant outer garments and risqué underwear. Ms. Barrows graphically instructed her young ladies on the ins and outs of oral sex, but in the primmest of tones. Cachet prospered, and Ms. Barrows—or Sheila Devin, as she called herself—eventually added a slightly more expensive option that she called Finesse.

“I was competing with everybody in town,” Ms. Barrows recalled, “and everybody else was less expensive. And you have to remember something—this was the ’80s. It was before AIDS. So not only did all of my competition have lower prices, I was also competing with free. And yet I got people to pay top dollar. How did that happen? Because they were paying for the entire experience—from the second they dialed our number until we called them after she left and asked them how everything was. They were paying for the entire experience, and no one else thought of it that way.”

“Sydney ran a kick-ass agency,” said Village Voice columnist Michael Musto. “She hired the finest women, after very tough audition sessions, and she demanded the very best of them.”

To attract clients, Ms. Barrows relied on subtle advertisements such as one in the International Herald Tribune that whispered, “We’re not for everyone.” Cachet was entering its fifth year when the police broke down the door with a sledgehammer and Ms. Barrows was arrested. She pleaded guilty to the misdemeanor of promoting prostitution, avoiding a trial. Ms. Barrows still gleefully attributes the leniency to the brilliance of her lawyers, who maintained that it would be absolutely necessary to read out the names of all the johns during the jury selection, supposedly to ensure impartiality. She celebrated the end of her legal difficulties with a champagne press conference at an elegant restaurant called Wood’s.

In the years following her scandal, Ms. Barrows found herself trapped in a peculiar brand of fame. She was on the town in a cocktail dress nightly, but had nowhere to go during the day; she was virtually unemployable. Ms. Barrows got by by giving lectures and writing books. Mayflower Madam: The Secret Life of Sydney Biddle Barrows was hailed by Fortune magazine as one of the top business books of the year, though its author was just eking out a living.

All this began to change, however, in 2006 when she met Dan Kennedy, an irreverent marketing guru and author. Mr. Kennedy puts on conferences and provides a “resource center” for entrepreneurs called GKIC (Glazer-Kennedy Insider’s Circle). Mostly out of curiosity, Mr. Kennedy decided to take in a lecture entitled “How to Market a High-Priced Service” by the former madam at a Chicago conference. “She was brilliant,” Mr. Kennedy said.

Mr. Kennedy took her under his wing and helped her shape her consulting business. He gave her a marketing tip: don’t run from your Mayflower Madam past. In the age of Google, it’s impossible to hide. And besides—legal or not—Ms. Barrows was one heck of a merchandiser when she was a madam, with newspapers reporting that she was raking in $1 million a year. “Sydney is the most intuitive person I’ve worked with under the umbrella of marketing in 35 years,” said Mr. Kennedy. She calls him “my fairy godfather.”

Ms. Barrows still believes that a little panache can make any business stand out. When, for example, a compounding pharmacist enlisted her services, she was dismayed that the company didn’t capitalize on being a third-generation business. She ordered them to find some old equipment and display it.

“One of the biggest mistakes day spas or cosmetic surgeons make is that, first you go and see the person who is going to be doing the service—and that office is generally pretty nice—and then you get sent on to patient coordination, where you are going to talk about money, and all hell breaks loose. I mean, you’re looking at a desk with metal legs and faux wood, and there are all these filing cabinets, which might not necessarily be in the best condition,” Ms. Barrows said. “And if you are a plastic surgeon and you want to charge somebody $30,000 for a face-lift, you’d best not be seen with a Bic pen.”

With Mr. Kennedy, Ms. Barrows wrote a 2009 book titled Uncensored Sales Strategies: A Radical New Approach to Selling Your Customers What They Really Want — No Matter What Business You’re In. The premise is that the Mayflower Madam’s marketing strategies work anywhere. It’s certainly working for her—some months, she said, she even surpasses what she made “back in the day.”

For example, Ms. Barrows recommends well-chosen gifts to build loyalty, just as the Mayflower Madam sent a chilled bottle of Dom Perignon to clients at Christmas, “subtly reinforcing in his mind that we were a prestige business.” In the same way that she would phone a john to check in after the girl left, Ms. Barrows says that it’s important to keep in touch with clients. “I create a certain environment for consumers,” she said. “I am the Martha Stewart of client experience.”

If the Mayflower Madam scandal seems tame now, it is probably not so much that the world is bored with high-priced prostitution (ask Eliot Spitzer) but that WASPs are in eclipse. They simply can’t compete with the antics of the Kardashians or the cast of Celebrity Rehab.

Ms. Barrows is nevertheless proud to be descended from Elder William Brewster and John Howland, a Pilgrim who fell over the side of the Mayflower, was fished out and lived to tell the tale. It seems that, nearly 30 years after her arrest, the Mayflower Madam too has landed on her feet. 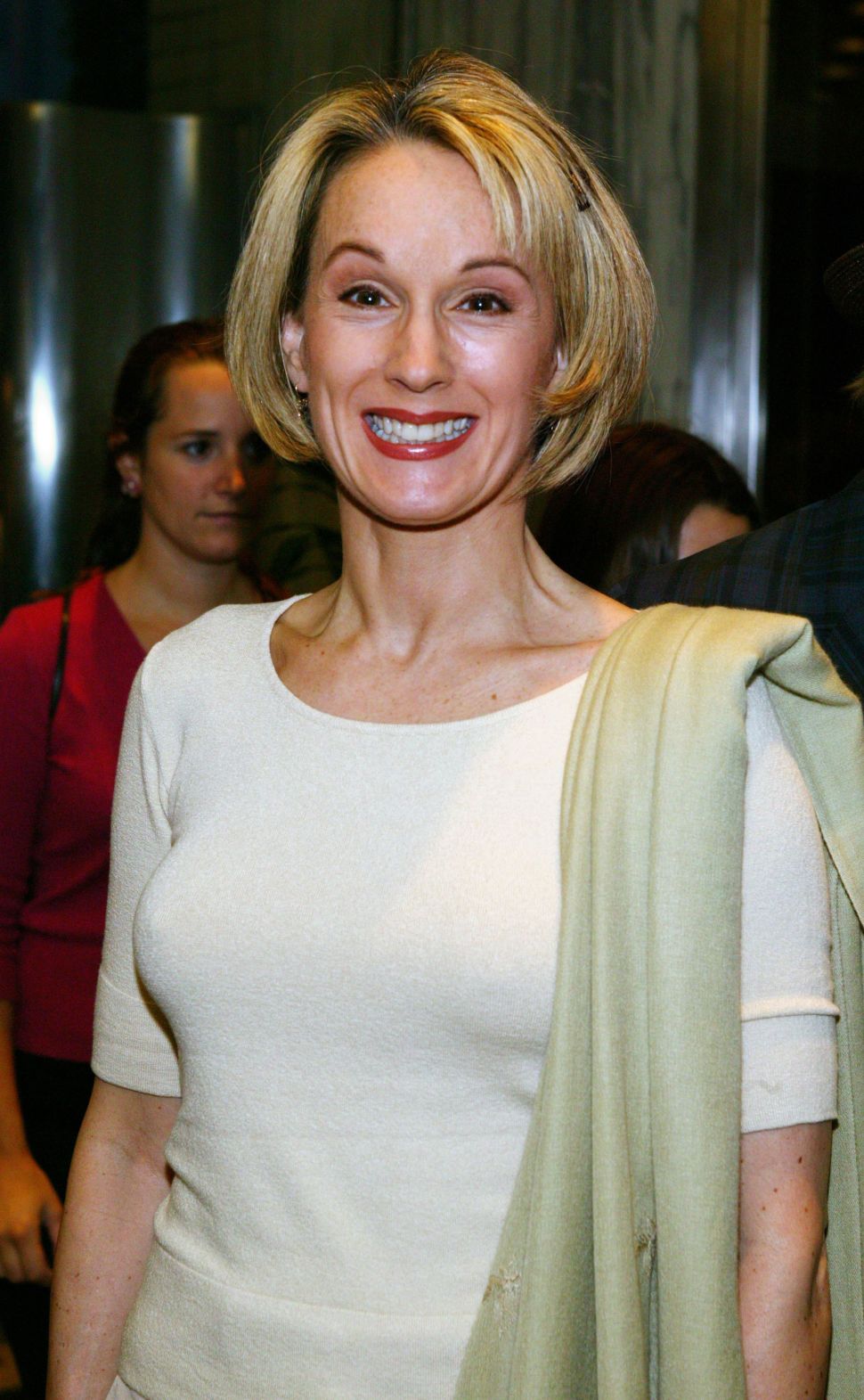