Dale Stephens has kept busy in his year and a half as a Thiel Fellow. At the stage of life when many undergraduates perfect their keg stands or develop adderall habits, he founded UnCollege, a cash-flow-positive organization that provides resources for independent learners, and wrote a book, Hacking Your Education, due to hit bookstores in the beginning of March. He also amassed an impressive stack of press mentions, preaching the gospel of “unschooling” to outlets like The New York Times.

But as he arranges his book tour, it seems not everyone is interested in hearing Mr. Stephens’ arguments against the cultural hegemony of the four-year college experience. When he reached out to Hendrix College–the Conway, Arkansas-based liberal arts education he left for the Thiel Fellowship–he was rebuffed.

“I thought it would be interesting to go back and have a conversation with them about what has changed in the last two years and how they’re responding” to new, virtual options. Mr. Stephens tried a couple of different channels, from former professors to the provost. But he got the cold shoulder.

“The response, basically, was ‘You are not welcome here. We do not want you to come back, at all. We are not interested in engaging, and steer clear,'” said Mr. Stephens. “I was just amazed that Hendrix was, like, so opposed to this idea of even engaging in a conversation two years later,” he added.

Asked for comment, Hendrix spokesperson told Betabeat, “While we regularly invite and promote speakers on a variety of topics that are relevant to our academic program to campus for the benefit of our students, past and present, faculty, and the community, Hendrix does not provide a venue for individuals to promote personal projects.”

It’s apparently not the response Mr. Stephens is used to getting. While a couple of universities have pushed back, he told Betabeat most institutions are at least receptive to hearing him out. He says his final book tour schedule will likely include at least a couple of universities. He’s also consulting with Philadelphia University. “Colleges are realizing they have to be more competitive,” Mr. Stephens argued.

The creation of UnCollege also happens to coincide with Silicon Valley’s flirtation with burning the system to the ground. Witness the advent of Coursera and Udacity. Peter Thiel launched the 20 Under 20 fellowship program with the declaration that higher education is one big bubble, the experience massively overvalued. Ben Horowitz recently stood on stage at DLD and professed that his firm prefers to invest in ambitious drop-outs.

With the disruptors circling, it’s no wonder that a university might be wary of hosting a former student known to utter statements like, “College fails to empower us with the skills necessary to become productive members of today’s global entrepreneurial economy.”

Mr. Stephens described his startup as “for purpose,” rather than merely for profit. But there are plenty of people who’d like to make some money off the idea that a college degree ain’t what it used to be.

Mr. Stephens was quick to tell Betabeat that Hendrix itself was not the problem: “I met a bunch of other unschoolers, people who had left school fairly early and who were at Harvard and Dartmouth and University of Washington and a bunch of other universities, and they all had the same frustrations with school,” he explained. “It got me thinking that this had nothing all to do with Hendrix and everything to do with the way the entire system is designed.”

But that’s the thing: Challenge the whole kit and caboodle and you’re challenging the individual institution, too. Mr. Stephens suggests that educators are probably resistant because their livelihood is at stake: “I think the advent of pervasiveness of technology is threatening their jobs and that’s going to happen sooner or later.”

“I just happen to be pointing it out, so it feels like I am the cause of this downfall.”

On the bright side, at least Mr. Stephens will probably avoid calls from Hendrix’s alumni association two years hence. 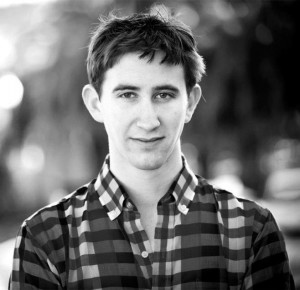