Bob Mould is the Ben Franklin of indie pop. Founding member and driving force of ’80s punk trio Hüsker Dü (whose influence resonates today through Foo Fighters and Ryan Adams), Mould has succeeded at everything he’s tried, and he’s tried a lot. Credits include the post-Hüsker band Sugar (classic record Copper Blue), solo hits including “See a Little Light” (which appeared in Buffy, HBO’s Mind of the Married Man, and a commercial for TIAA-CREF), one half of the deejay phenomenon Blowoff, the theme songs to The Daily Show and TLC’s In a Fix, a stint as a writer for World Championship Wrestling (!), lead guitar on the soundtrack to Hedwig and the Angry Inch, gay rights activism, and a truly excellent memoir.

The Observer spoke to Mr. Mould last week. At 52, he retains a shocking percentage of the fire and enthusiasm that incubated “Celebrated Summer” and “59 Times the Pain,” and he drew the arc between his newest record, Silver Age, and the heyday of Hüsker Dü:

“The template for this record was Copper Blue. The notion of shorter/faster/louder guitar pop songs. As far as Flip Your Wig goes, I’m on record as saying that’s my favorite Hüsker Dü album. Beyond the great songs on there—“Makes No Sense At All,” “Divide and Conquer,” “Green Eyes”—after the records with Spot at the helm for SST, for me and Grant to take charge and to make the pop record that we always knew was in there. That was the end of the good times. Touring with Soul Asylum. That was the best of days.”

Mr. Mould has continued to innovate, even as many of his colleagues from mid-80s punk rock have fallen by the wayside. (We are grateful he went back on his 1998 promise to hang up his electric guitar.) He launched a successful Kickstarter campaign to fund the release of a video concert from a 2011 appearance. “There was a tribute show of my songbook at the Disney Hall in Los Angeles, and this is a movie about the event. Kickstarter has been a great way for artists to underwrite projects that fall a little bit out of the mainstream.”  The project raised over $100,000 from 1800+ backers and now fans can see artists like Dave Grohl (Foo Fighters), Ryan Adams, No Age, Britt Daniel (Spoon), The Hold Steady, The Shins and even Margaret Cho perform songs from the Mould catalog.

Mr. Mould, who is playing on Wednesday night as well, says both shows will rock, but notes that Bear in Heaven, who are opening Tuesday night, released one of his favorite records of the year. 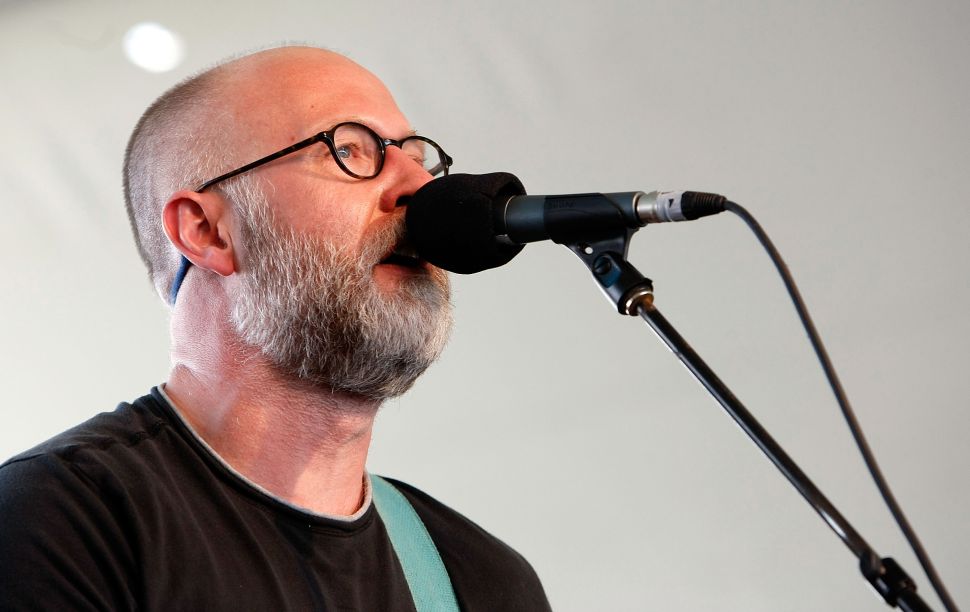