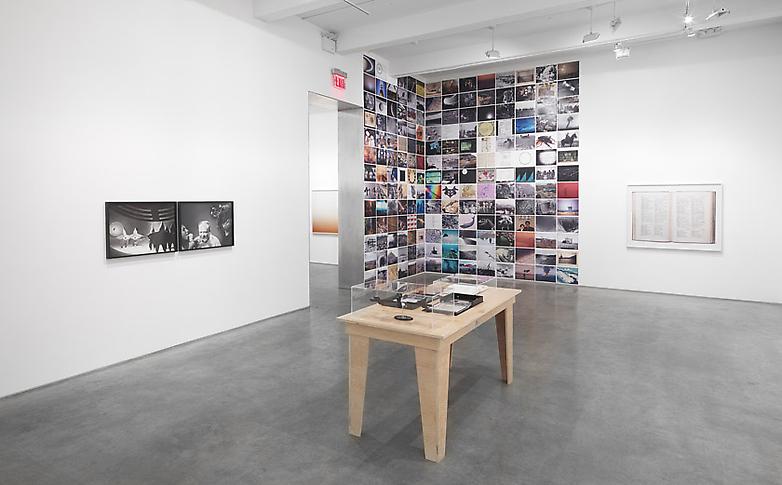 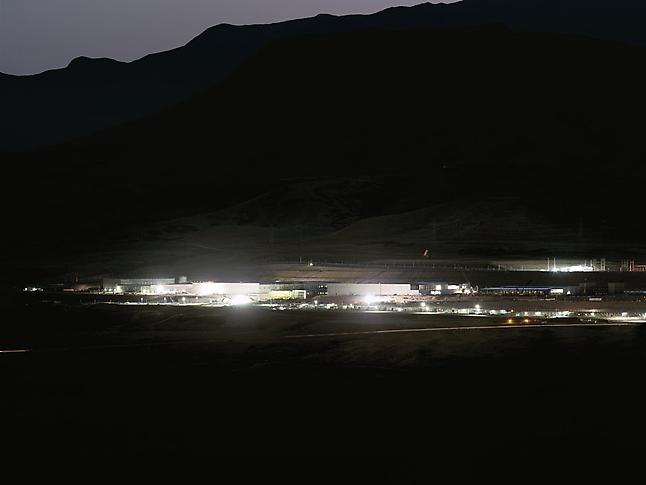 Courtesy the artist and Metro Pictures 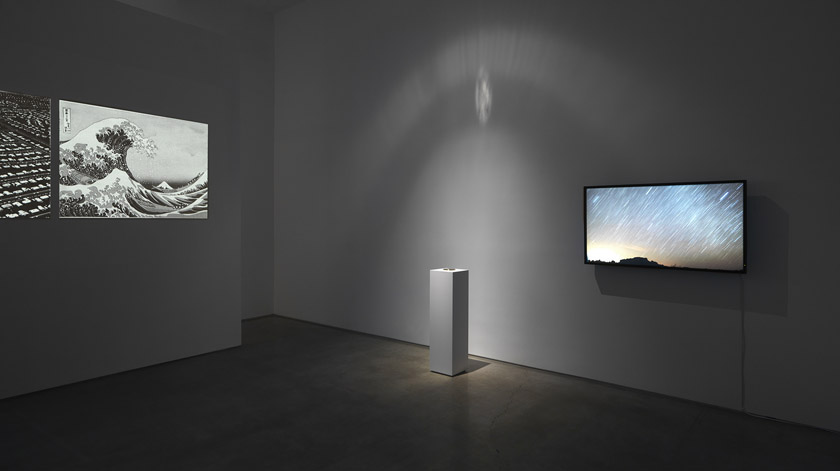 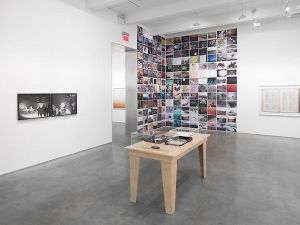 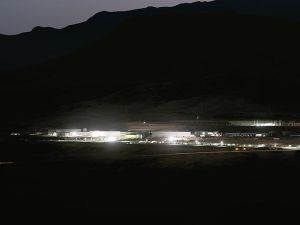 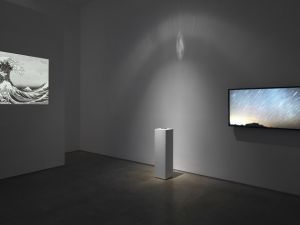 Walter Benjamin’s famous “angel of history,” blown ceaselessly backward into the future by the concatenation of catastrophes, was inspired by a Paul Klee drawing he owned called Angelus Novus. Trevor Paglen opens his first show at Metro Pictures, consisting of photos and videos drawn from and associated with his own recent “The Last Pictures” project, with an image of the Israel Museum and MCA Chicago labels currently on the Klee drawing’s reverse side. A few discrete names trace a deceptively straightforward line of transmission: Paul Klee, Ronald Lauder, Gershom Scholem. “The Last Pictures” culminated last year, when a silicon disc microetched with one hundred images and warranted by MIT scientists as able to last for billions of years, was attached to a communications satellite in Kazakhstan and launched into space. The Last Pictures/EchoStar XVI in Geostationary Orbit (2013) is a video of the satellite aloft. The Voyager Probe, launched in 1977, included a “Golden Record” of sounds and images of the diversity of life on Earth. The Last Pictures (Demonstration of Eating, Licking, and Drinking), a gelatin silver print of one of those images, shows a woman licking an ice cream cone, a man biting a sandwich and another man pouring into his mouth. The photo’s naive absurdity is so extreme as to tip it right into the bottom of an uncanny valley. Some scientists worry that sending messages into space may be inviting alien attack; they’re probably looking at the extensive satellite surveillance system run by our own paranoid imperial establishment and thinking by analogy. NATIONAL SECURITY AGENCY UTAH DATA CENTER is a C-print of some buildings under a dark hill that you probably shouldn’t ask about. Given the distances involved, though, NASA’s message seems no more likely than Mr. Paglen’s to make contact, and the real question is what makes us imagine we could understand or relate to a truly alien intelligence at all. The answer is that human consciousness is relational, and we need to know another to know ourselves. The Last Pictures (A Dictionary of Volapük) shows two facing pages of a bilingual dictionary of the world’s most popular artificial language before Esperanto. But it’s not enough to imagine a linear continuum from self to other or from language to noise: both poles are omnipresent. Talking about history is talking about now, and wherever the angel may think he’s looking, he doesn’t move. (Through March 9, 2013)