Sen. Menendez, you have some explaining to do.

New Jersey voters disapprove 41 – 36 percent of the job U.S. Sen. Robert Menendez is doing, a 15-point drop in less than a month, and say 44 – 28 percent that he is not honest and trustworthy, according to a Quinnipiac University poll released today.

That is the fallout from ongoing coverage of Menendez and a political donor, Salomon Melgen, over a port security contract that a Melgen-owned company holds with the Dominican government.

“U.S. Sen. Robert Menendez took an overseas trip and the poll numbers he left behind in New Jersey are dreadful – down 15 points in less than a month,” said Maurice Carroll, director of the Quinnipiac University Polling Institute.  “So much for a re-election honeymoon.

“More than two thirds of voters have heard of his troubles and the more they know, the less they approve.”

Today’s approval rating is down from a 51 – 33 percent score in a Jan.23 survey and is his lowest score since August 2011 when he had a negative 39 – 42 percent approval rating.

Republicans back Rivera 54 – 23 percent, while Booker leads all other political, gender, income, age and regional groups in the state, the poll shows.

New Jersey voters give the Newark mayor a 59 – 11 percent favorability rating, including 47 – 24 percent among Republicans.

Rivera gets a negative 20 – 39 percent favorability.  Republicans have a 34 – 25 percent favorable opinion, the only group with a positive opinion of Rivera.

“If TV personality Geraldo Rivera is just testing the for a U.S. Senate run in New Jersey, he might find that the is colder than the Atlantic Ocean in February,” Carroll said in a releasee. 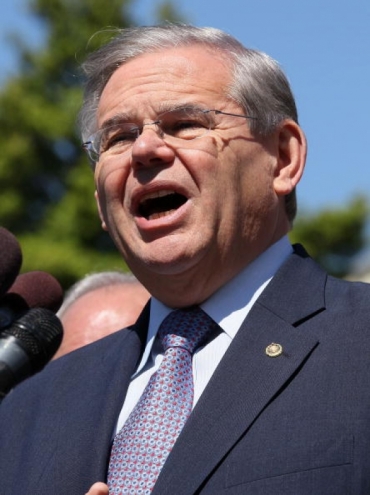